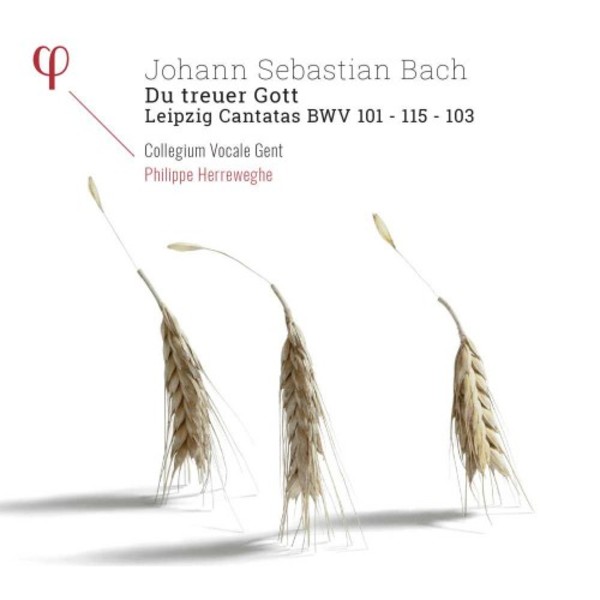 For the third time on the Phi label, Philippe Herreweghe gives us the opportunity to (re)discover three cantatas by Johann Sebastian Bach: Nimm von uns, Herr, du treuer Gott, BWV 101, Ihr werdet weinen und heulen, BWV 103, and Mache dich, mein Geist, bereit, BWV 115. After two albums of cantatas written during the composers first year in Leipzig (LPH006 and LPH012), the Belgian conductor and his Collegium Vocale Gent, orchestra and choir, will be performing three cantatas he composed during his second year as Kantor at St Thomass. The choir and vocal soloists are once again challenged to produce performances of subtlety and refined virtuosity, and the instrumentarium is as rich and colourful as those heard previously in this series.
This album, a genuine delight for aficionados and novices alike, precedes a further disc of cantatas which will be released in spring 2018