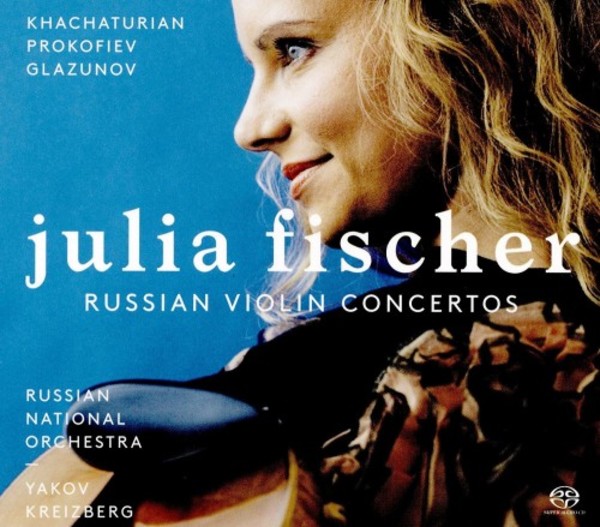 Violin Concerto in A minor, op.82

Violin Concerto in A minor, op.82

This remarkable album marked the recording debut of German violinist Julia Fischer as well as the beginning of her extraordinary partnership with Russian-born conductor Yakov Kreizberg, which resulted in numerous Pentatone releases before the conductors untimely death in 2011.
Together they tackle three Russian violin concertos which have been tragically overlooked, shedding new light on these masterpieces.
The best-known work on the album is Serge Prokofievs Violin Concerto No.1, a tour de force which features Prokofievs satirical tendencies and lyrical talents in equal parts. Rounding out the selection is Alexander Glazunovs Violin Concerto in A minor, a triumph of Russian Romanticism which Fischer clearly relishes in this performance, declaring that the work was absolutely delightful and rewarding for the instrument.
A truly stunning debut album. The violin concertos of Khachaturian, Prokofiev and Glazunov are preserved in timeless beauty.
Julia Fischer was about twenty-one when she made these recordings, which is all the more astonishing because in each work her interpretive acumen, sense of maturity and all-encompassing technique are qualities one associates with a seasoned master of this kind of challenging repertory. - Classical Net, May 2017