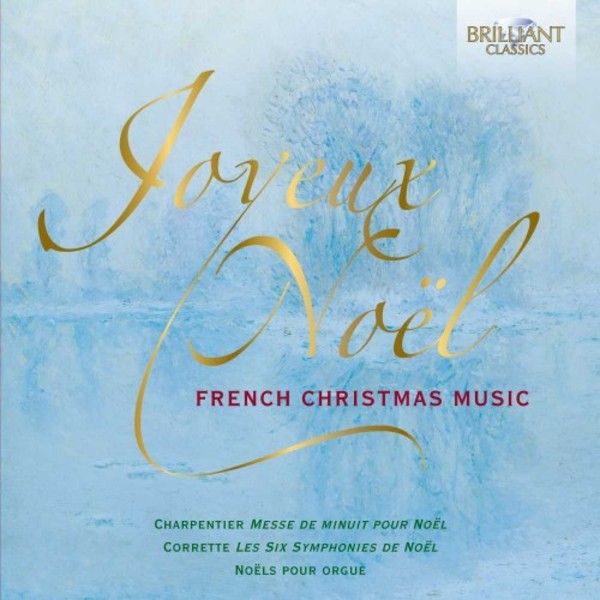 In the popular imagination, French Christmas music may now be almost wholly defined by Minuit, chrétiens and favourites such as Petit Papa Noël covered by Charles Aznavour and Johnny Hallyday, but the festive season was marked in the Baroque era with great merriment, principally through the genre of Noëls: sacred collections of secular songs, celebrating often vernacular aspects of the Nativity such as the Shepherds, especially by giving the occasion to compose in the always popular pastoral vein, in simple keys such as F major and in the lilting siciliano rhythm.

Many such Noëls may be enjoyed on this special collection of both choral and instrumental music, concentrating on the High Baroque era. Corrette, Dandrieu and Balbastre all wrote exuberant Noels for organ; Michel Corrette developed the idea further with narrative‐led instrumental symphonies, which are collected complete on CD2 and performed by a historically informed ensemble.

The collection begins with the Toronto-based Aradia Ensemble. They built their 1999 recording of Marc‐Antoine Charpentier around his best‐known work, the Messe de Minuit (Midnight Mass). The director Kevin Mallon gave it a specially Canadian flavour by interpolating a version of the French carol with a text in the tribal language of the Huron Indians. Colourful performances, was the original verdict of Gramophone, on which the soloists and chorus sing with consistent clarity. Operatically inclined singers will note the presence in the ensemble of Jane Archibald, who has since become known worldwide as a coloratura soprano of distinction, especially in the role of Zerbinetta in Strausss Ariadne auf Naxos.

The final disc of Joyeux Noël is an organ recital, moving through the ages from Dandrieu to the grandest examples of late‐Romantic organ masses and Christmas pieces by Franck and Dubois. Its a unique compilation, fully annotated, sure to bring a touch of distinction to a festive stocking.