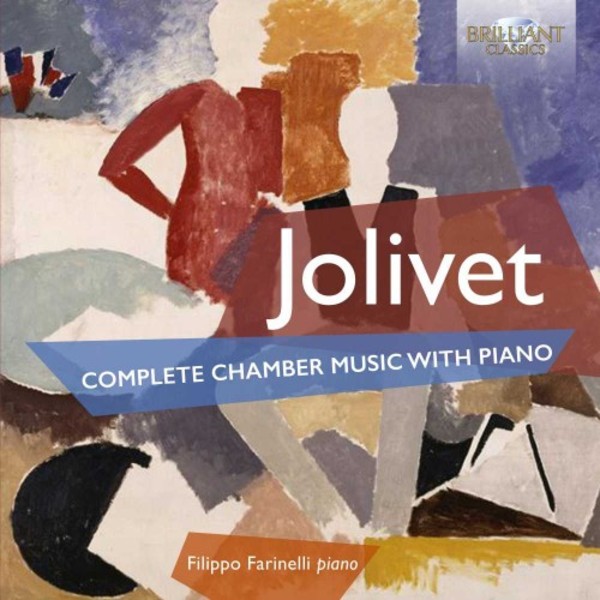 André Jolivet (1905‐1974) is surely one of the most interesting yet neglected French composers of the last century. Outside the constraints of the Parisian conservatoire tradition, he developed an idiom way ahead of its time compared to many of his contemporaries; indeed, while Edgard Varèse was ploughing his furrow, Jolivet was his only European pupil between 1929 and 1933.

However, Varèse‐like acerbity and austerity is out of place here. Jolivet was never less than a skilled melodist, and one who wrote for his chosen instruments rather than against them. Much that is here such as a sensuous Flute Sonata, a muscular Violin Sonata or a jocular Sérénade for oboe and piano is pitched, to ears unfamiliar with Jolivet, in an idiom somewhere between Poulenc, Messiaen and Dutilleux; but thats the voice of Jolivet, and closer acquaintance with this set will accustom listeners to it in all its unpredictable, quicksilver charm.

The Flute Sonata has received several recordings in the company of the likes of Poulenc and Koechlin, but there is much here that will be unfamiliar to even the most dedicated discophiles and followers of French musical fashions: an Ouverture en Rondeau for 4 ondes Martenot, piano and percussion, for example, or the Petite Suite for string quintet, piano and percussion.

Few of the individual pieces or movements are of any great length  Jolivet knew the value of succinct expression like many French musicians of his generation, and had a horror of pomposity  but there is a tenminute Nocturne for cello and piano, and a rhapsodic Chant de Linos for flute and piano of the same length.

The later music  the set is helpfully arranged in chronological order  is especially intriguing, once Jolivet had found for himself a new form of classicism aimed at synthesizing serial and freely atonal music together with modal developments. One fine example is the Hopi Snake Dance for two pianos.

An invaluable set, masterminded by the pianist Filippo Farinelli, who has previously accompanied distinguished colleagues in the complete songs of Jolivet (BC9220), Ravel (BC94743) and Dallapiccola (BC95202).