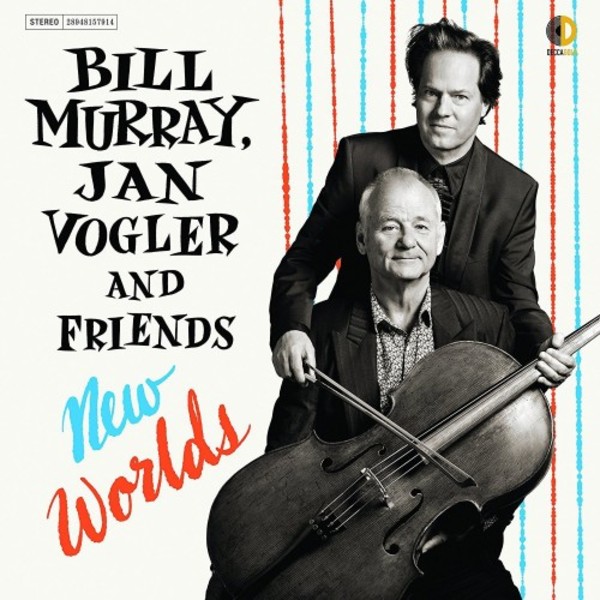 Through a chance meeting on a flight from Berlin to New York, actor Bill Murray and cellist Jan Vogler became fast friends, curious about each others artistic worlds and interests. The result of their collaboration is New Worlds, an unexpected and enchanting exploration of the intersection of music and literature. Both the recording and live events feature songs paired with literary readings brought to life with classical music.

New Worlds showcases American values in literature and music, and the bridges artists have built between America and Europe. Twain, Hemingway, Whitman, Cooper, Bernstein, Bach, Piazzolla, Mancini, Gershwin and Foster are some of the writers and composers represented on New Worlds  masters whose distinct voices have influenced generations in America and beyond.

This endeavour between great music and great literature brings together an unexpected collective of creative forces, each at the top of their fields. Jan Voglers distinguished career has pushed the boundaries of classical music. He is known for his strong curatorial approach to his music making, combining history, classical tradition and a contemporary style of performance. Bill Murray, in his own right, has forged the most independent career in Hollywood, weaving comedy and depth into some of the most memorable roles in cinema.