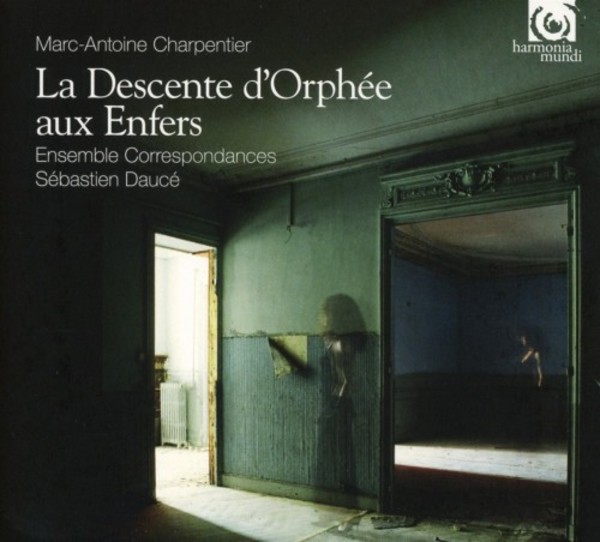 Charpentier made use of all 10 singers employed by Mademoiselle de Guise at the time, using the Orpheus myth, albeit one left in suspension, without a resolution; a carefree and happy descent that celebrates Orpheuss song and the enchanting power of music. Charpentier was one of the first French composers to use this story in its full dimensions. He had already produced a short divertissement called Orphée descendant aux Enfers, which may be regarded as the earliest example of the French cantata, a miniature vocal genre that flourished in aristocratic gatherings of the early 18th century. Conceived on a larger scale, La Descente dOrphée aux Enfers unfolds over two acts. The first installs the listener in the bucolic universe typical of the pastorale, peopled by nymphs led by Daphne, Arethusa and OEnone, who have come to celebrate the wedding of their companion Eurydice with the shepherd Orpheus. Eurydice is mortally wounded by a serpent and her sudden death leaves her companions and Orpheus distraught and tearful. The longer Act Two traces Orpheuss difficult quest through the Underworld, where he charms first of all the damned souls, then Proserpina and Pluto, with his songs in the hope of bringing Eurydice back with him. He is finally allowed to leave with Eurydice, though warned that he must not meet her gaze until he has seen the light of day once more; otherwise, he will have to abandon her to the realm of the dead for ever. Charpentiers manuscript stops at this point, as Orpheus commences his journey back to the light, leaving the denizens of the Underworld in despair at his departure.

A poetic experience amid the depths of night, which inspired Sébastien Daucé and his Ensemble Correspondances in this new edition, recorded in Grenoble in January last year.