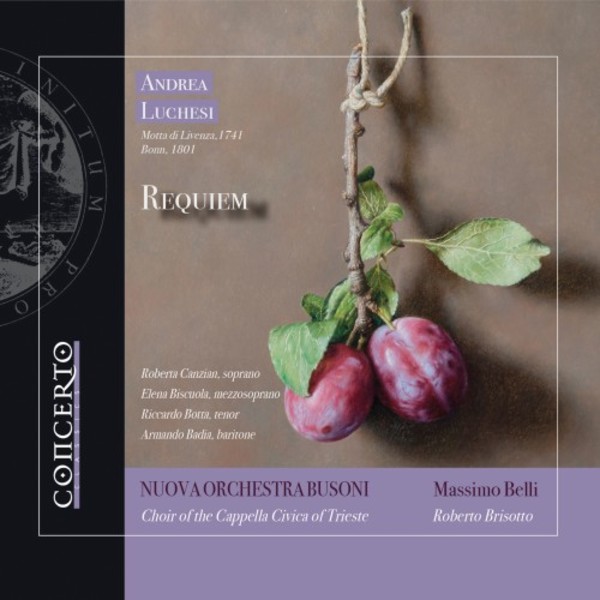 The compositions recorded in this album are important works belonging to the sacred music repertoire of Andrea Luchesi: the Offertorium Ave Maria in D major, for solo, four part choir, orchestra and basso continuo, the Requiem and the Dies irae, all preserved in handwritten score and parts in Modena at the Library Estense (F. 661). The Ave Maria, recorded here for the first time, is without doubt a score of consistent quality and inspiration: it is highly original and seen as more interesting than some of the other major works recorded in this album. The Requiem, for example, poses some historical and stylistic problems: it is an assembly of two works (the Requiem and the Dies irae for solo, four-voice mixed choir and orchestra - Modena, F. 656) and the Messa in F major for four-voice and orchestral (F. 647). The connection between the two creations, was clearly made because the tonality (F major) is the same for both works. However, there are also themes in the Requiem and in the Dies irae which echo parts of the mass. Luchesis sacred music, too, contains compositions of the most elevated quality, testament of a very important though forgotten composer of the eighteenth century.