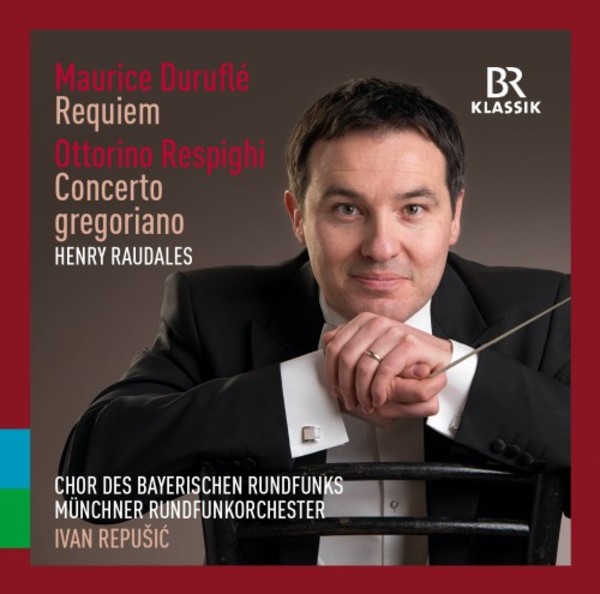 Ivan Repuić, the new chief conductor of the Munich Rundfunkorchester, devotes his first CD on BR-Klassik to works by the composers Maurice Duruflé and Ottorino Respighi, both of whom took a major interest in the melodies and harmonies of Gregorian chant. The French composer Duruflés Requiem is based on the Gregorian Missa pro defunctis, the Latin Mass for the Dead, and the Italian Respighi, in his Concerto Gregoriano, used Gregorian chant as a source of inspiration for the harmonious sound of the concerto and for the song-like treatment he gives to the solo violin.

Maurice Duruflés Requiem became especially well-known. Its first performance in 1947 was one of the high points of his career; the work not only helped to establish Duruflé as a successful composer but also brought him fame far beyond the borders of France. This self-contained, homogeneous and contemplative composition is based on themes from the Gregorian Mass for the Dead. In his work, Duruflé succeeded in fusing Gregorian chant, Baroque polyphony and colourful orchestration into a unified whole, and the spiritual, inward-looking character of the chants harmonises most effectively with the composers personal style.

The impact of Gregorian chant on the composer Ottorino Respighi was like an addiction, and it had a vast influence on his work. Elements of it can be heard in almost all the works he composed after 1920. One reason why these puristic melodies, in conjunction with the harmony of the ecclesiastical modes, fascinated him so much was that they represented the greatest possible contrast to the overheated, chromatically refined harmonies of the Verists and the post-Wagnerians. Becoming increasingly atonal was never an option for Respighi; it was in the archaic and austere character of Gregorian chant, and in ancient melodies, that he recognised the greatest innovative potential.