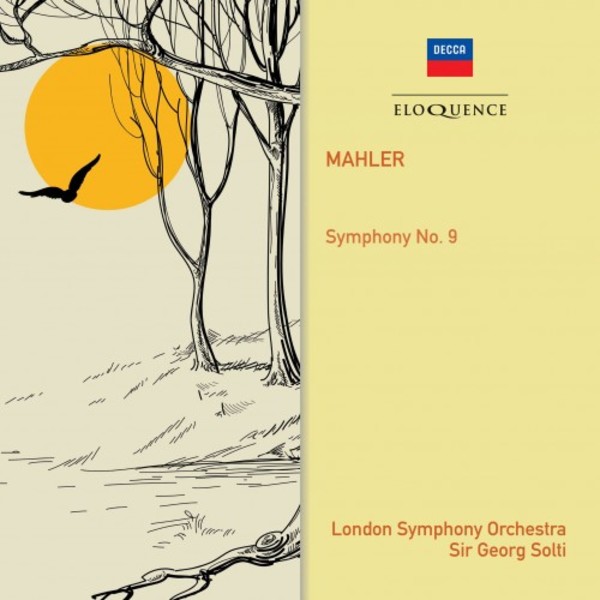 After the Fourth in 1961, the First in 1964 and the Second in 1966, the Ninth was the fourth of Mahlers symphonies to be recorded for Decca by Sir Georg Solti. Symphonies 1, 2 and 9, and No.3 from 1968, were all made with the London Symphony Orchestra, but the cycle quickly expanded its horizons to become a portmanteau affair reflecting Soltis status as a fiery interpreter, in demand on both sides of the Atlantic. Solti revisited the whole Mahler symphony cycle with the Chicago Symphony after he became its music director in 1969.

The 1960s also covered the period of Soltis tumultuous tenure as music director of the Royal Opera House, Covent Garden. There he earned an international reputation as a phenomenally hard and quick worker who expected his musicians to follow him with a will. Many of their live performances were driven with an extraordinary tension: a quality that does not often survive in the studio, but by then Solti was an experienced and astute recordings conductor.

A record needs a greater amount of everything, he said in 1968: more dynamics, more rhythm, more expressions. At a live concert there is a rapport between the performers and the audience: a sort of hypnosis is exerted by the conductor suggesting that there is more expression than is actually there. On a record that doesnt exist so you put into it something extra to compensate. Then, keeping up the tension is more important in the studio because in a concert hall its there naturally. Theres really a thesis to be written on this.

Although he remade the Ninth Symphony with the Chicago Symphony in the digital era, many listeners have felt, comparing the two recordings, that it is precisely this quality of tension which is better preserved on the LSO record from 1967. Not only are the tempi tauter, but the contrasts are more keenly registered, especially in the major/minor conflict of the long opening movement. As with the slow finale of the Third Symphony (reissued by Eloquence on a complementary release with the First, ELQ4827177), Solti keeps the ineffable and sorrowful finale on a tight rein before finally allowing it to fade to extinction.

Soltis approach [] is nearest to that of Barbirolli, in its emphasis on emotional and nervous intensity, though the result is quite different  The [Rondo-Burleske] is taken dangerously fast, but it is brought off by some brilliant orchestral playing  In the Adagio finale, on the other hand, the extreme contrast between the two elements of passion and passionlessness is most beautifully handled  All in all, a superb issue of the symphony. - Gramophone, October 1967