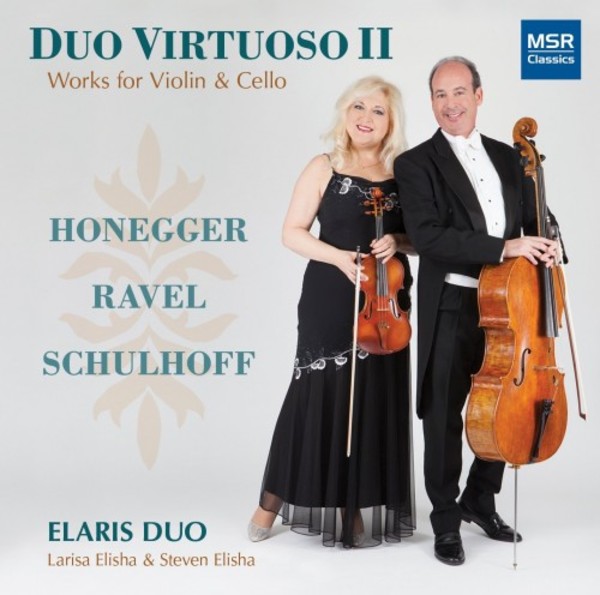 Sonatina for violin and cello, H80

Sonatina for violin and cello, H80

After Debussy, the coterie of premiere composers of the day included Schoenberg, Hindemith, Berg, Stravinsky, Satie, Bartók, Kodály, Webern, Ravel and Martinů. The traumatic experiences of the First World War forced many artists of the time to re-examine their relationship with the culture of the past. Unlike established composers like Schoenberg, Elgar and Strauss, who were able to default on their earlier styles, Ravel, Honegger and Schulhoff belonged to the newer generation of composers who followed this intense period of experimentation and innovation, which led to the creation of radically new techniques and styles. As an interesting comparative point, such experimentation and innovation also belonged to the different art styles and movements springing up during this time, which in itself, served as influences and models for composers and their compositions. The bold styles of Picasso and Braques Cubism, Italian and Russian Futurism, Surrealism, Expressionism and Dadaism all found their musical counterparts.

The three works on this disc are remarkable jewels. Each gave rise to a new voice of human expression, all within the context of aesthetic traditions and roots as well as specific cultural associations and influences.

Larisa Elisha and Steven Elisha are each internationally acclaimed soloists, chamber musicians and clinicians. Together they are the Elaris Duo, whose performances and artistry have delighted audiences worldwide. The Elishas have gained national and international renown through performances that include the Bergen International Festival, Lithuanian Music and Theatre Academy, National Taiwan University of the Arts, Summit Music Festival and Sunflower Music Festival, as well as solo appearances with Washington Square Music Festival Orchestra, Hastings Symphony, Topeka Symphony, Gulf Coast Symphony, Lawrence Chamber Orchestra, Sunflower Music Festival Chamber Orchestra and National Taiwan Arts Orchestra. They have also appeared in numerous live radio broadcasts. As clinicians, Larisa and Steven Elisha have been featured at the Hawaii International Conference on Arts and Humanities, College Music Society Conference, Georgia Music Educators Association Conference, National Orchestra Festival and American String Teachers Association National Conferences. While members of the Kansas Arts Commissions Arts on Tour roster, they were chosen as representatives for the Kansas  As Big as You Think campaign. The Duo has received many awards, including the 2008 Kansas Governors Arts Award, Kansas Federation of Music Clubs Musicians of the Year Award, a Chamber Music America Residency Grant and an honorary Life-Time Membership to Sigma Alpha Iota (SAI).