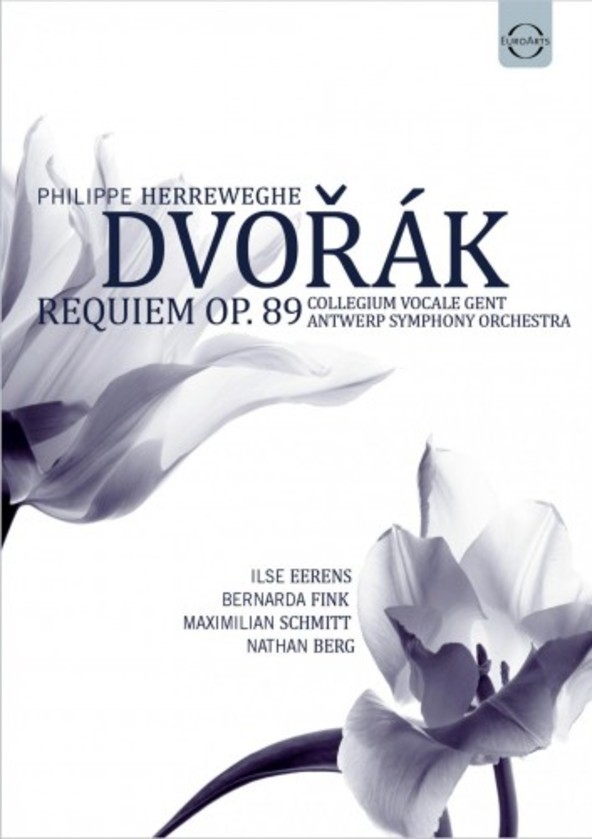 Philippe Herreweghe, principal conductor of the Antwerp Symphony Orchestra, has devoted himself for over ten years to fresh and invigorating readings of the (pre-) Romantic repertoire. Together with the Collegium Vocale, founded in 1970 by Philippe Herreweghe himself, and superb soloists they perform Dvořáks Requiem.

A modern and stylistically flexible symphony orchestra, the Antwerp Symphony Orchestra demonstrates an artistic flair which allows for a variety of styles and occupies a unique position in Flanders. Collegium Vocale Gent were one of the first ensembles to use new ideas about baroque performance practice in vocal music. Their authentic, text-oriented and rhetorical approach gave the ensemble the transparent sound with which it would acquire world fame and perform at the major concert venues and music festivals all over the world. Featuring outstanding soloists Ilse Eerens (soprano), Bernarda Fink (alto), Maximilian Schmitt (tenor) and Nathan Berg (bass).

When I have seen Philippe Herreweghe conduct I have always been left with the memory of his sensitive musicianship. [] Everything is wonderfully managed under Herreweghe who lets the music unfold naturally rather than driving a more starkly dramatic approach. [] The pliable voices of the soloists are agreeably contrasted and eminently secure. [] Dedicated and impeccably prepared Collegium Vocale Gent cannot be faulted. [] The Antwerp Symphony Orchestra plays with lyrical warmth and produces satisfyingly glowing climaxes without ever being in fear of overpowering the vocalists.Not just an early-music specialist, Philippe Herreweghe conducts with a persuasive and moving sense of sacred expression in this rewarding Dvořák Requiem.  Michael Cookson, musicweb-international.com