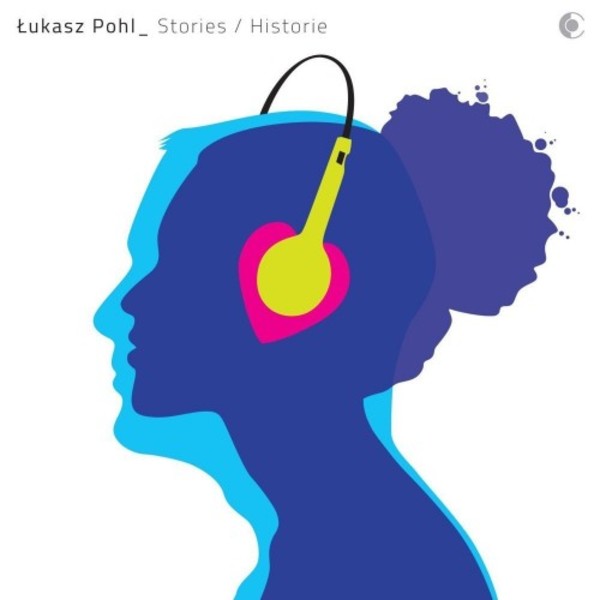 Anguish and hope
Dreams of a little boy
Engagement
Forgiveness
Love affair
Memories of the old days
Romance with the Devil
Somebody is here... lost soul
The taste of freedom
Time pressure
Waiting for the decision
When someone loves you...

Anguish and hope
Dreams of a little boy
Engagement
Forgiveness
Love affair
Memories of the old days
Romance with the Devil
Somebody is here... lost soul
The taste of freedom
Time pressure
Waiting for the decision
When someone loves you...

RecArt presents an album with compositions by Lukasz Pohl, Stories / Historie. The album is made up of twelve piano miniatures interpreted by the pianist Grzegorz Rudny. The album is a continuation of the 2015 album About Love, works for piano (RecArt0017). The music is illustrative and atmospheric and contains a huge dose of beautiful melodies. Even though Lukasz Pohls composition style is that of consequent minimalism, this album can be surprising.

This is what the composer writes about his music: In the thematic sense Stories is a tale about the multidimensional world of human emotions, which attempts to emphasize their most possible elemental meaning in the human life. The album is then a study reaching for matters which are invariable for every one of us. Thus, as a consequence, it is a subjectively assembled, but universally directed, code of cognition and recognition of a human being in their primary, extremely essential dimension []. In a musical sense Stories is a set of twelve, minimalistically designed piano miniatures, where the dominant role is played by thematic work formed by the interweaving of the element of motif wandering with the thematically and philosophically justified factor of repetition realized against the backdrop of audible harmony. As Schopenhauer wrote: How rich in content and full of significance the language of music is, we see from the repetitions, as well as the da capo, the like of which would be unbearable in works composed in a language of words, but in music are very appropriate and beneficial, for, in order to comprehend it fully, we must hear it twice.

Lukasz Pohl (b. 1976)  a self-taught composer, musician, a double bass player, guitarist and composer in the Metal Notes project, and on top of that  a law professor. His philosophy as a composer is close to the premises of musical minimalism.

Grzegorz Rudny (b. 1988)  a graduate of the Ignacy Jan Paderewski Academy of Music in Poznan in the class of Prof. Waldemar Andrzejewski. He perfected his instrumental skills in a number of mastercourses ran by renowned teachers, such as Patsy Toh, Katarzyna Popowa-Zydron, Martin Hughes, Ronan OHora, Moshe Aron Epstein, Tim Ovens, Rainer Becker, Maurizio Barboro, Constantino Catena, Rem Urasin, Grzegorz Kurzynski, Edward Wolanin, Antoni Wierzbinski and Olga Rusina. In 2004 he became the finalist of the National Auditions of music school students in Kraków and he was also hounored at the 8th Ludwik Stefanski and Halina Czerna-Stefanska International Piano Competition in Plock. In 2006 the jury of the Macro-regional Piano Auditions in Pila awarded him the highest score. In 2011, with a piano trio, he won the first place at the 11th European Music Competition in Taurisano, Italy in the chamber group category. In 2012, with the flute player Natalia Chudzicka, he was awarded the 2nd Prize at the 12th International Music Competition in Chieri, Italy, in the duet category. In 2014, also in a duet with a flute, he reached the semi-final of the 8th Swedish International Duo Competition in Katrineholm.