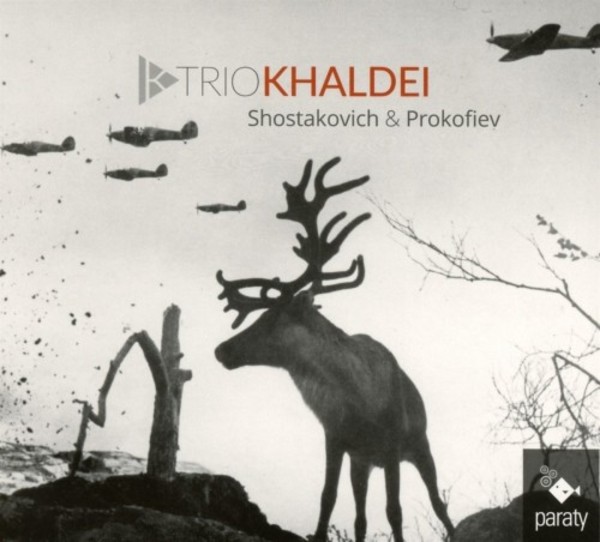 The Piano Trio no.1 is one of Shostakovichs true early works and is filled with the romanticism and passion of the composers first amorous encounter. This short, one-movement piece contains many features characteristic of Shostakovichs later works, such as snatches of humour, agitated piano passages, persistent chordal passages and sometimes uncomfortable dissonances but these give way to two extended melodies juxtaposing lyricism and exasperated anticipation.

Little of this romantic vigour remains in the Second Piano Trio, a product not of love, but of war. The full sound of the cello in the first trio is markedly different from the fragile and barely audible introduction, played by the cello in harmonics, to the second trio. The work leaves a haunting void in its wake; an emptiness that Shostakovich himself experienced when one of his most versatile and brilliant friends, Ivan Sollertinsky, passed away while the trio was being composed. It is to Sollertinsky that the trio is dedicated, making this masterpiece almost a requiem.

The atmosphere created in the two Prokofiev pieces presented here is more in keeping with that of Shostakovichs Trio no.1. This is definitely true in the case of the Ballade for Cello and Piano, one of Prokofievs early works. It was written in 1912, when the composer was 21. This one-movement work also has a poetic French title (Shostakovichs Trio no.1 was originally entitled Poème), and this immediately gives a narrative element to the music, even if it is not explicit. As is often the case in ballades, the music transports the listener from one atmosphere to the next, punctuating the journey with repeated melodic motifs.

The Five Melodies for Violin and Piano (1925) is an unusual work. The piece was originally written in 1920 for piano and voice without words, using the title Songs without Words in its strictest sense. It is precisely this absence of text that makes these pieces so easily adaptable to other instruments. Prokofiev himself arranged a version for violin, at the request of Pavel Kochanski, to whom he dedicated three of the five melodies.