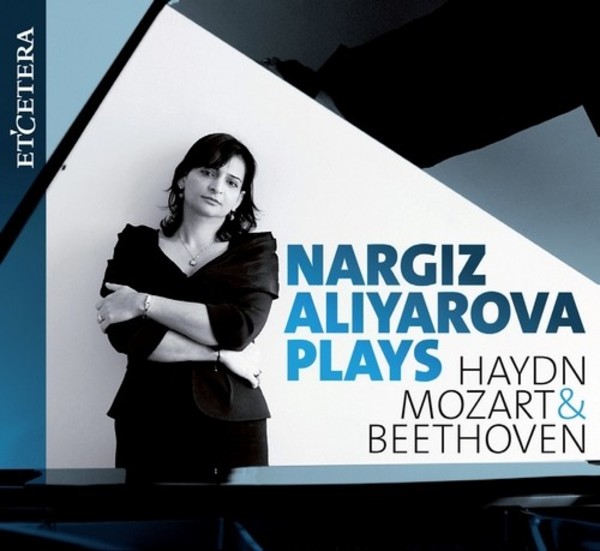 It is safe to say that the sonatas for solo keyboard are an important part of the oeuvre of the Classical composers, such as Joseph Haydn, Wolfgang Amadeus Mozart and Ludwig van Beethoven. The sonata as practised in the Classical period consists of three movements: the sonata form with a vivid tempo indication, such as Allegro, a contrasting middle in a slower tempo and a finale at a rapid pace again. The early sonatas were composed with a strong pedagogic purpose and were generally used in domestic contexts. Later in the 18th century the sonata became the most outstanding genre in which composers could express their deepest thoughts in their original idiom. From then on the sonata became concert material as well. On this album Nargiz Aliyarova performs Haydns Sonata in F major, Hob. XVI:23 (1773), Mozarts Sonata in F major, K280 (1774), and Beethovens Sonata Pathétique in C minor (1789). Mozarts Fantasy in D minor, K397 (1782), fits in seamlessly after Haydns Sonata in F major because of the creative use of variation in these works by both composers. Thereby it is most likely that Mozarts Fantasy in D minor might have been intended as an introduction to a sonata. This idea came up because the description on the first published score in 1804 read fantaisie dintroduction  Morceau détaché (introductory fantasy  detached piece).