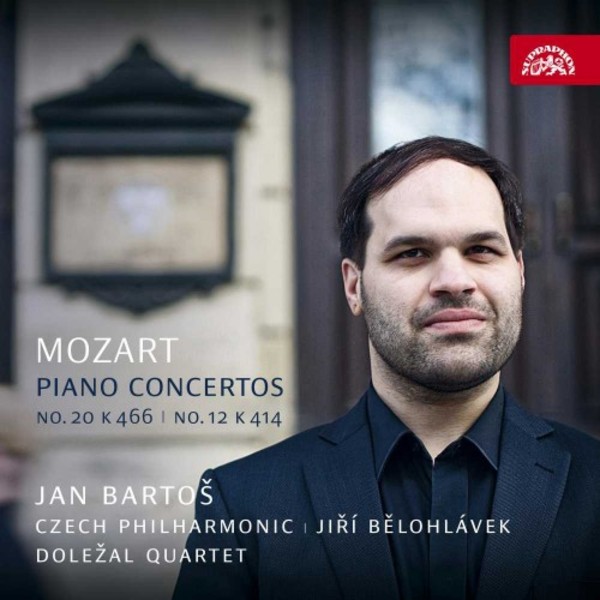 Jan Barto is one of my most impressive and most exciting young colleagues. In Jan Barto, virtuosity is coupled with deeply serious musicianship. When such appreciation is voiced by the legendary pianist Alfred Brendel, we should prick up our ears. In addition to Brendel, Jan Barto has been most markedly influenced by his friend and teacher, the phenomenal Czech pianist Ivan Moravec.
Numerous accolades from international competitions, acclaimed performances at major concert venues all over the world (including Carnegie Hall) and collaboration with renowned orchestras and conductors have been further milestones on Bartos journey through the musical landscape. With regard to the two mentors, his having opted for Mozarts music for his Supraphon debut album comes as no surprise.
Although referred to by some as naïve and overly simple, Jan Barto uncovers the deepest layers of the architecture of and the emotions encoded in Mozarts works. Together with the conductor, the late Jiří Bělohlávek, the pianist guides the listener through the ominous, demonic even, Concerto in D minor as through a mystery story. The more joyous nature of the Concerto in A major is further highlighted by the transparent texture of its chamber version for string quartet. The two concertos unveil the nooks and crannies of Mozarts multi-layered music, in a top-notch performance quality.
Recorded in Prague at the Dvořák Hall of the Rudolfinum on 1 May 2013 (K466) and at the Martinů Hall of the Music and Dance Faculty of Academy of Performing Arts on 21 May 2016 (K414)

In the hymnlike slow movement he spins a beguiling, sustained melody that contrasts wonderfully with his sprightly playing elsewhere.  David Threasher
Gramophone October 2017