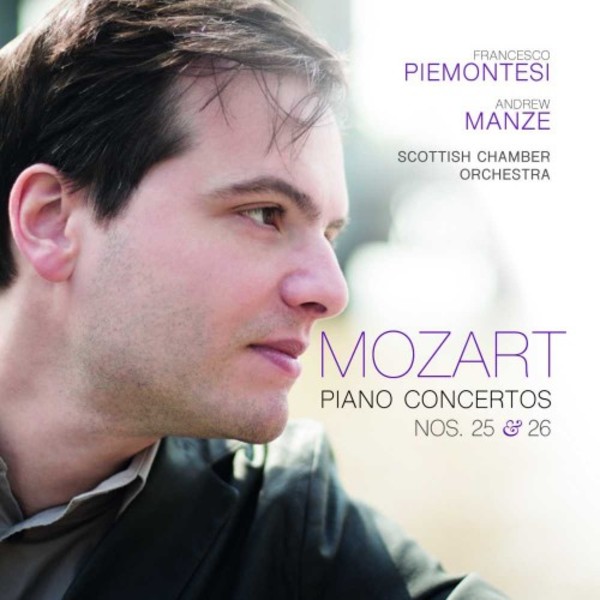 Described as a stellar Mozartian, Francesco Piemontesi finds a perfect partner in the Scottish Chamber Orchestra, whose impeccable credentials are widely acknowledged. Conductor Andrew Manze, well known as a HIP pioneer, shares Piemontesis approach to creating an authentic performance, making this somewhat of a Mozart dream team.
Francesco Piemontesi is a pianist of exceptional refinement of expression, which is allied to a consummate technical skill. He has performed Mozart extensively recently, including a critically acclaimed 2015 BBC Prom, a Mozart cycle at Londons Wigmore Hall which commenced in January 2016 and continues in 2017, and Mozart concertos with the SCO. The Swiss pianist enjoys particular insight into Mozart gaining a useful love of detail from his teacher Alfred Brendel, who was himself renowned for his masterly interpretations of Mozart. This recording couples consecutive yet contrasting works from Mozarts Vienna period: K503 represents the longest and most substantial of his concert masterpieces and K537 provides the soloist with an audience-pleasing cadenza.
Andrew Manze has rapidly emerged as one of the most stimulating and inspirational conductors of his generation. Manzes extensive and scholarly knowledge of the repertoire, together with his rare skill as a communicator and his boundless energy, mark him out. The SCO is a world-renowned orchestra with an outstanding reputation for Mozart; its extensive discography features Robin Ticciati, Charles Mackerras, Elizabeth Watts and Ingrid Fliter.

Both pianist and conductor bring a high intelligence to bear and make this often weighty and sometimes almost Beethovenian approach to Mozart fully absorbing.
The Irish Times 13 September 2017

There is intimacy rather than inwardness to these chamber-scale performances; Piemontesi knows hes the star but is sensitive enough to realise that he shares a firmament with the orchestral soloists, despite being ever so slightly spotlit in the miking. ... This is still young mans music  the composer was a similar age to Piemontesi when he wrote it  and more Mozart from these quarters is eagerly awaited.  David Threasher
Gramophone September 2017