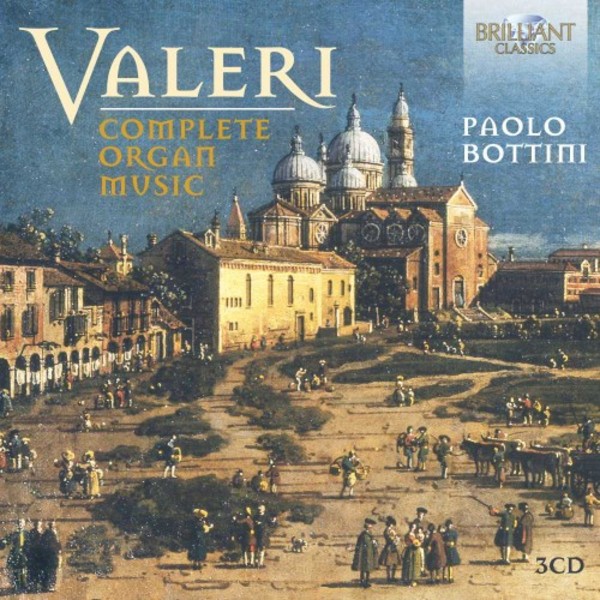 Gaetano Valeri (1760-1822) is a composer who has only fully come to public attention over the course of the last three decades, thanks to the interest generated by a growing body of musicological research. Prolific and inventive, Valeri wrote a huge number of pieces for orchestra, organ, harpsichord and piano.

Writing at a time of musical transition, Valeri had one foot firmly in his own era  which we would now regard as Classical  following the teachings of the Viennese school, and with some of his pieces bearing the hallmarks of Haydn's and Mozart's influence. At the same time, he remained attached to the then outmoded but still charming galant style, more prone to lavish ornamentation, popular earlier in the 18th century.

Valeri was also very much a composer rooted in the land in which he lived  the Veneto region of north-eastern Italy. He wrote many works with specific organs in mind, as can be seen in the use in his scores of rare stops found particularly in the local area. On this recording, Paolo Bottini plays on carefully chosen instruments from churches in the same region, built by the same organ-builder, and with many features in common with those on which the composer would have played, in order to give us an authentic impression of what the music might have sounded like in Valeri's time. At the same time, Bottini makes some of his own decisions regarding sonic balance and use of stops independently of the composer's indications, creating a distinctive rendering of Valeri's music for organ.

Bottini is a multi-keyboardist with a particular interest in historical organs. He is an "expert player" (Arkiv Music) who delivers "engaging" performances (Music Web International), with a varied discography across a number of Italian record labels. This is his second recording for Brilliant Classics.