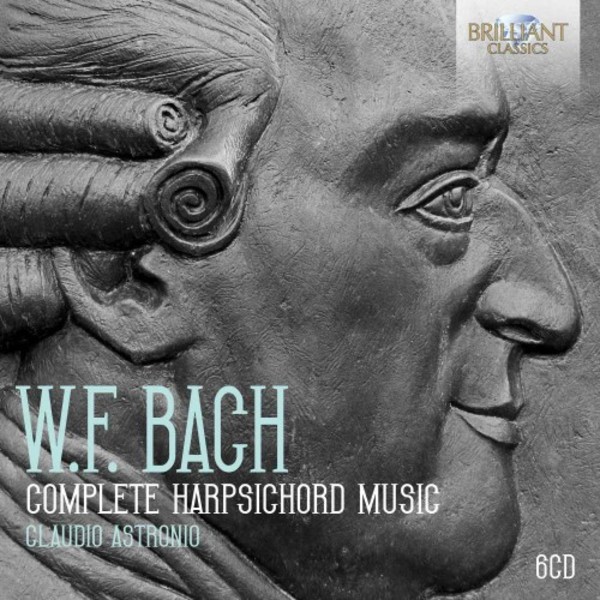 The son of the peerless Johann Sebastian, Wilhelm Friedemann was the least famous Bach of his time. Yet he is now regarded by some as the most brilliant of the Bach children, and is occasionally reported to have been his father's favourite. A master of numerous different keyboard instruments, he was not particularly prolific, and of his 100 or so known works, many remained unprinted until the 20th century.

The pieces that do survive and which feature on this recording are brilliantly virtuosic and at the same time quirkily expressive, always striving for originality in ways that ran against the established modi operandi of Bach's day. In fact, the composer was so committed to allowing the musical complexity that came naturally to him to flower fully that, unlike his more business-minded brothers, he resisted adapting his style to suit amateur musicians. In addition, his fantasias, in particular, give us a glimpse into what must have been an impressive flair for improvisation. Alternately witty, cerebral, imaginative, emotive, dark and effervescent, and always challenging, this is not music for the faint-hearted performer.

Enter Claudio Astronio, a keyboard-player and conductor with a career that also spans jazz and pop music. For this album, Astronio has chosen to record all of W.F. Bach's keyboard works  which were never assigned to a particular instrument  on the harpsichord (with the exception of four miniatures played on the organ), rendering this recording a truly unique homage to the composer. Fanfare magazine has praised Astronio's "ability to convey the character and emotional dynamic of a vocal line" as "incredibly beautiful, sensitive and deeply touching".