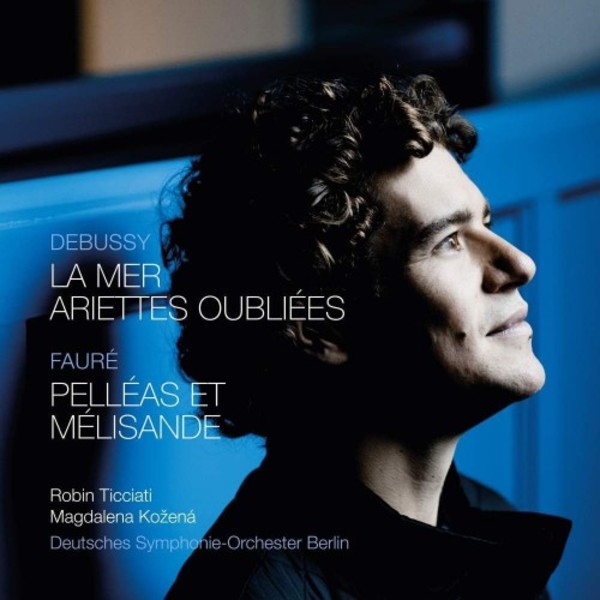 To launch their exciting new partnership Robin Ticciati and the Deutsches Symphonie-Orchester Berlin (DSO Berlin) present Debussys La Mer, Faurés Pelléas et Mélisande and the premiere recording of composer Brett Deans arrangements of Debussys Ariettes oubliées featuring Magdalena Koená.
Following his DSO debut Ticciati chose La Mer to perform when he returned as the newly announced Principal Conductor in 2016. Ticciati has conducted La Mer and Pelléas et Mélisande across Europe with the LPO, Concertgebouw Orchestra and the Budapest Festival Orchestra, receiving excellent reviews.
Brett Deans orchestration of the Ariettes premiered in Sydney in 2015 and at once displayed Debussys music in a new light. Deans new arrangements expand on the colours heard in Debussys original six songs applying unbelievably delicate orchestration that sounds like gossamer; The Daily Telegraph declared it a revelation.
The all-French programme also includes the prelude to Faurés opera Pénélope and his orchestral suite Pelléas et Mélisande in a perfectly judged recording which augurs well for this exciting new partnership.
Robin Ticciati will take up his new position as Principal Conductor with the Deutsches Symphonie-Orchester in the 2017-18 season. Ticciati has been Principal Conductor of the Scottish Chamber Orchestra since 2009/10 and the Music Director of Glyndebourne Festival Opera since 2014. He was recently appointed Sir Colin Davis Fellow of Conducting by the Royal Academy of Music.
Magdalena Koenás beguiling artistry immediately attracted critical acclaim. Koená has since matured to become one of the foremost singers of her generation. She records for Deutsche Grammophon.
For 70 years the Deutsches Symphonie-Orchester Berlin has distinguished itself as one of Germany's leading orchestras. The DSO is also in demand worldwide with many award-winning recordings including a 2011 Grammy Award.

The result is beguiling interpretations, performed with controlled intensity. Ticciati draws from his new orchestra playing of yearning Romanticism that almost bursts at the seams
BBC Music Magazine October 2017

it promises much from Ticciatis collaboration with the DSO, and is very fine indeed
Gramophone October 2017

On Linn Records, this quite outstanding album of Fauré and Debussy works certainly whets the appetite for future releases from Robin Ticciati with the DSO Berlin.  (Recording of the Month)
MusicWeb International 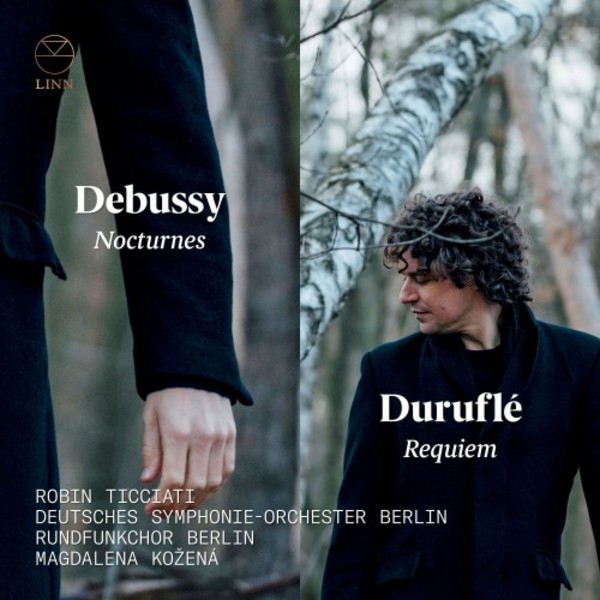