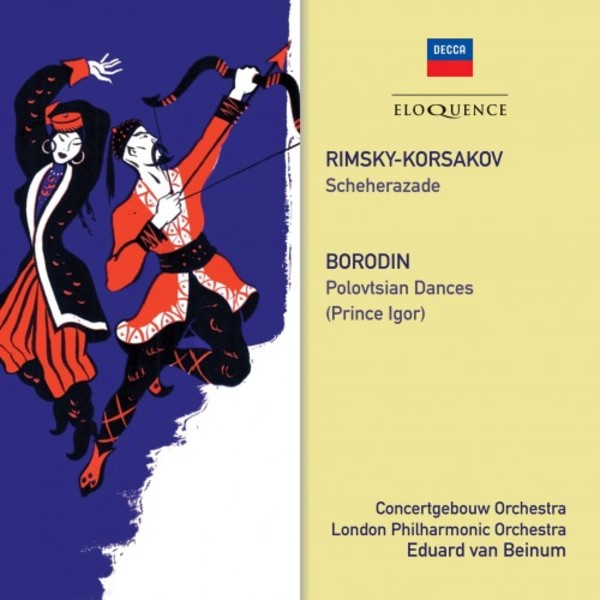 For the first century of its history, the Royal Concertgebouw Orchestra of Amsterdam had only four principal conductors, and it was the second and fourth, Willem Mengelberg and Bernard Haitink, who enjoyed a truly international reputation.

Previous issues on Eloquence from Haydn (ELQ4768483) to Debussy (ELQ4646362) have shed light on the recordings made with the Concertgebouw by the third of its directors, Eduard van Beinum. With him the orchestra made many recordings for Decca which are being restored to the catalogue and uncovering the particular interpretative gifts identified by Classical Source: With Van Beinum there is no artifice, just wholesome regard for the music. His is an intelligent approach to the music he plays through scrupulous attention to detail.

Speaking of a recording made in July 1956 for Philips of Scheherezade, the four-movement tone poem in which Rimsky-Korsakov demonstrated his supreme gifts as an orchestrator, Classical Source called it a superbly musical account, blessedly free of crass mannerisms and cheap vulgarities  with power and sensitivity in equal measure. Particular praise was accorded on all sides to the solo part of the story-teller Scheherezade herself: really beautiful solos by the Concertgebouw concertmaster of the day, Jan Damen, noted Jay Nordlinger in the National Review.

This is among the fleetest accounts of Scheherezade on record, and Van Beinums control of line even at the swiftest of tempi is also a distinguishing feature of the Polovtsian Dances from Borodins unfinished magnum opus, Prince Igor. These were recorded with the London Philharmonic Orchestra and Chorus (singing in English) several years earlier.

The orchestral playing in this issue of these vivid dances is positively brilliant  the whirling introductory dance is quite breathtaking.  Gramophone, November 1950 (Polovtsian Dances)