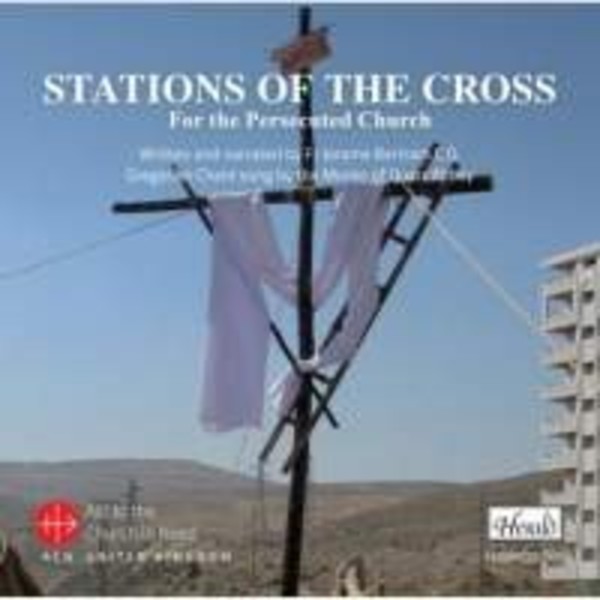 Stations of the Cross for the Persecuted Church

There has never been a time when the Church has not been persecuted, nor ever shall be, but in our time the persecution rages with a savagery not often known, unpredictable where and whom it strikes. These meditations were composed to reflect on the circumstances of this present outbreak, though not so specific that they cannot be prayed for the suffering Church wherever and whenever the martyrs lie.

The devotion of the Stations of the Cross is of great antiquity in the Latin Church. It was, they say, the Franciscan guardians of the Holy Places who first led pilgrims up the Via Dolorosa, the rugged road that leads from the site of Pilates Palace to that of the Cross. At various places on the way they stopped to reflect on various episodes on that Sorrowful Journey.

It was not long before carvings or paintings representing the Fourteen Stations were set up in churches all over Christendom, so that now it is rare to find a Latin Catholic church or shrine without them. Many different sets of meditations have been composed for pilgrims to ponder as they walk around the Stations, some short and well-beloved for public recitation, others longer, more suitable for private reading.

The chanted interludes between these Stations come from the recording Victimae paschali laudes, made in March 1989 at Quarr Abbey on the Isle of Wight. They are selected for Passiontide from the ancient Benedictine treasury of Gregorian Chant, whose roots stretch back to the earliest days of the Church if not before, and which is still in daily use in monasteries and parishes throughout the world.

The original CD (Herald, HAVPCD119) is still available, also in support of Aid to the Church in Need. This Pontifical organisation was originally founded to aid those suffering under Communist persecution in Eastern Europe, and remains active throughout the world, wherever there is suffering and oppression affecting the lives and worship of our fellow Christians.