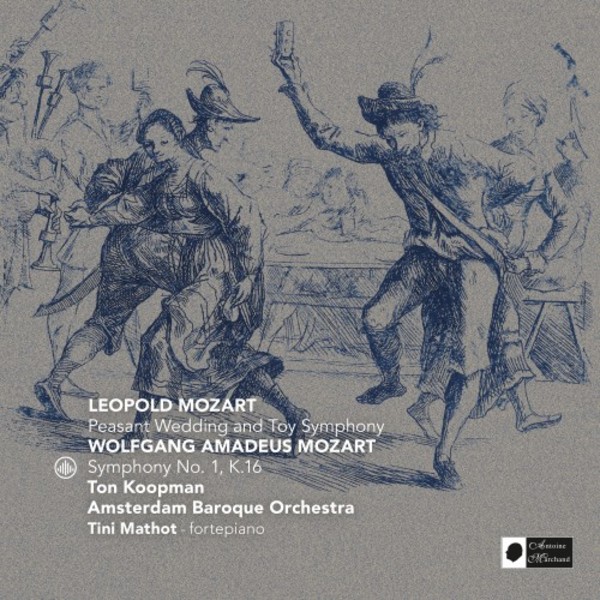 One side note, while Die Bauernhochzeit and the Cassatio ex G (Toy Symphony) are considered to be works by Leopold Mozart by the creators of this album, others argue the Toy Symphony must have been composed by Joseph Haydn or Edmund Angerer. There is little consensus within the musicological debate.

Leopolds compositions are characterised by the simplicity. He also often uses unusual instruments to create different timbres in his compositions. In Die Bauernhochzeit, for example, you can hear a bagpipe and musicians are instructed to clap and cheer along during the performance.

The works of Wolfgang Amadeus Mozart on this album are his Symphony in E flat, the Twelve Variations on Ah, vous dirai-je maman and the Fugue from his Gallimathias musicum. The latter was composed for the inauguration of Willem V as the governor of the Dutch Republic. The Symphony in E flat is Mozart's first symphony. This is a nicely composed miniature work, even though it is an experiment in a new genre.