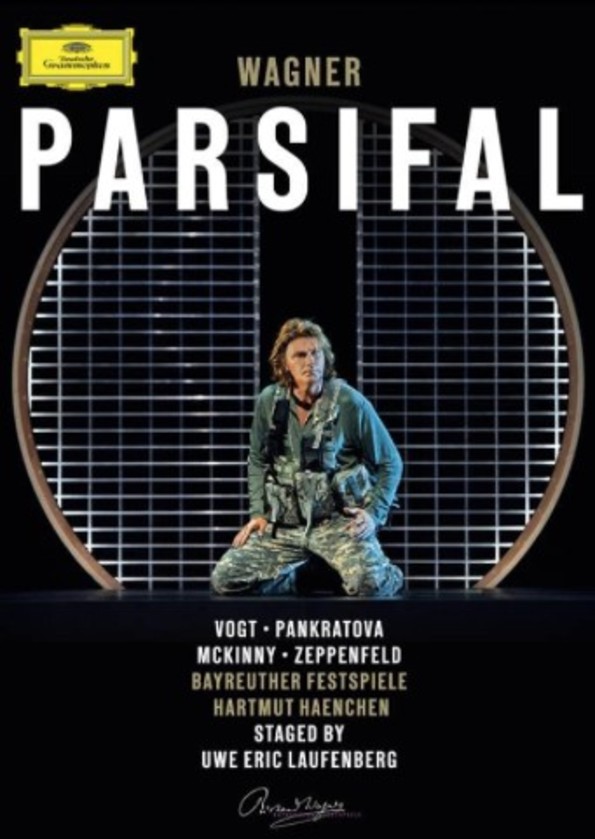 Tristan und Isolde, released in 2016 on DVD/Blu-ray, was the successful first installment of an exclusive, multiyear partnership between Deutsche Grammophon and the Bayreuth Festival, in which the Yellow Label became the exclusive audiovisual partner of the mythical Wagner festival, releasing each edition's new production on DVD/Blu-ray.

Now, we are proud to release on DVD/Blu-ray the celebrated production of Parsifal which was premiered on 25 July 2016, directed by Uwe Eric Laufenberg and conducted by Hartmut Haenchen.
Hartmut Haenchen in his belated Bayreuth debut conducts from his own edition of the score

This bold vision, under gripping musical direction by Hartmut Haenchen, with Georg Zeppenfeld as a slim Gurnemanz in Muslim head-covering providing unparalleled vocal command and depth of sympathy, carried all before it. With Klaus Florian Vogt as a powerfully heroic Parsifal, along with the beautiful gold, silver and piercing iron of Elena Pankratovas voice as Kundry, Gerd Grochowski as a subtle and well sung Klingsor, American baritone Ryan McKinny as a noble and agonised Amfortas, and his father Titurel (Karl-Heinz Lehneras) seen here as an old man rather than a cavernous voice inside a coffin, this was a cast of distinction, helping Bayreuth to recover its reputation for musical and artistic supremacy.  Telegraph

This staging is indeed rich with Muslim imagery. But Mr. Laufenbergs sensitive, visually arresting production offers a searching exploration of Wagners complex, often baffling final opera. With an excellent cast, headed by the clarion tenor Klaus Florian Vogt in the title role, and the conductor Hartmut Haenchen drawing radiant sound and striking transparency from the festival orchestra, this was a sublime and provocative Parsifal.  New York Times