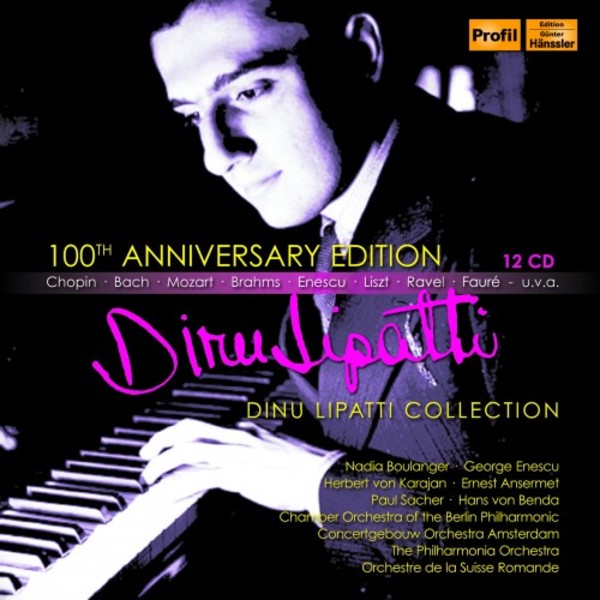 Dinu Lipatti is one of those almost mythical figures of the piano cosmos. His star shone briefly, but with incredible intensity  and its lingering aura threatened at times to obscure the view of his playing. Conductor Herbert von Karajan (1908-1989) was repeatedly quoted: It was no longer piano playing, it was music, released from all earthly weight, music in its purest form, in a harmony that can be imparted only by one who was no longer of this world. Karajan is Lipattis partner in the 1948 recording of Robert Schumanns A minor Concerto, widely hailed as the everlasting benchmark recording, which is correspondingly included in this CD Edition.

The year 2017 marks the centenary of Lipattis birth, and at the same time the 67th anniversary of his death  and his life, all these years later, is still just as fascinating.