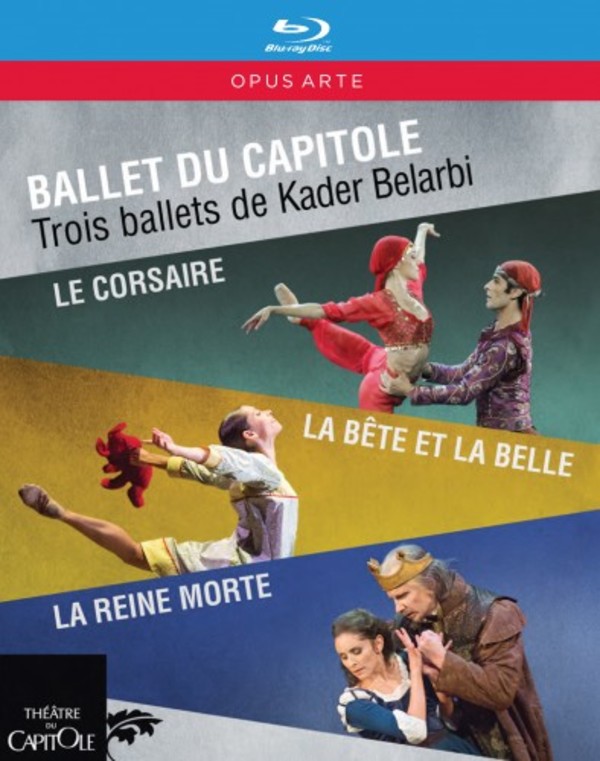 Three masterworks by Kader Belarbi shine in these stunning Ballet du Capitole productions. Hailed by Le Figaro as simply magnificent: a miracle in two acts, Le Corsaire is a bold reinvention of a 19th-century classic. La Bête et la Belle  a compelling reimagining of the classic fairy tale Beauty and the Beast  had its place affirmed among the best of modern ballets by Belarbis much-lauded production for Théâtre du Capitole. La Reine morte, based on Montherlants play of the same name and set to an enchanting score by Tchaikovsky, tells the tragic story of King Peter I of Portugals devotion to his beloved Inês.

Kader Belarbi is a former dancer with the Paris Opéra Ballet, where he performed in many premieres. As a choreographer he has created over 40 ballets. He has been director of the Capitole Ballet since 2012.

 all the markings of one of the classic ballets: It had romance, spectacle and drama, and it was beautiful. - The Times (La Bête et la Belle)

There is much heartache, murder and intrigue, but Belarbi has created dances in the classical style, which are set to a selection of music by Tchaikovsky. - Dancing Times (La Reine Morte)