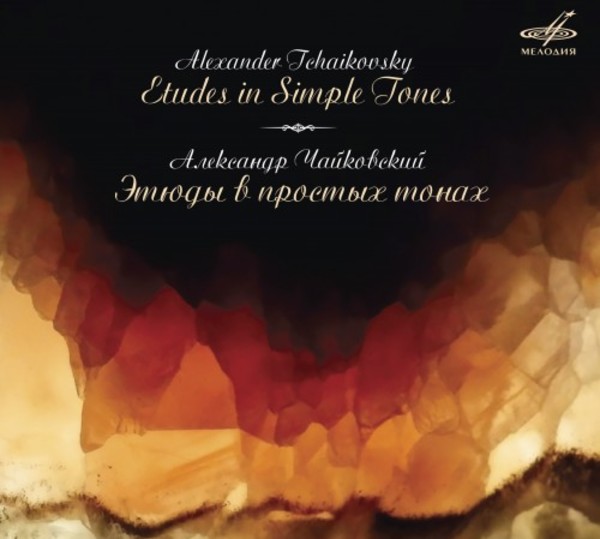 Concerto for two pianos and orchestra, op.70
Etudes in Simple Tones: Concerto no.2 for viola, piano and orchestra

Concerto for two pianos and orchestra, op.70
Etudes in Simple Tones: Concerto no.2 for viola, piano and orchestra

Alexander Tchaikovsky, a representative of the Moscow composing school, one of todays most prominent musical figures in Russia, performer, teacher and director of the Moscow Philharmonic Society, turns to the concerto genre. Like Shostakovich did, he fruitfully collaborates with prominent performing musicians. Tchaikovsky and Yuri Bashmet are known for their long standing artistic fellowship. The concerto Etudes in Simple Tones was written for a rare line-up  viola, piano and orchestra. This is an exercise in various styles (the listener will catch signs of a certain era  romanticism, impressionism, jazz, minimalism and even rocknroll  in each of the movements), a sort of offering to the great violist of our days and, at the same time, an amicable dialogue on equal terms. The concerto was triumphantly premiered in 1993 in London. This recording features Yuri Bashmet and Boris Berezovsky, a golden winner of the International Tchaikovsky Competition and numerous awards, including the ones of BBC Music Magazine, Echo Klassik, Gramophone and Diapason dOr.

The Concerto for two pianos and orchestra was written for pianist Alexander Slobodyanik, one of the leading representatives of Heinrich Neuhauss school, and his son. As the composer admitted, the part of the second piano was written after the concerto was finished. The composer also took part in the premiere of the concerto. Today this concerto is successfully performed by the continuers of music dynasties, the children of Tchaikovsky and Bashmet, who have won the audiences affection at some of the worlds most prestigious venues. The recording also features the Moscow Philharmonic Societys Academic Symphony Orchestra conducted by Mariss Jansons, another prominent representative of a famous music dynasty.