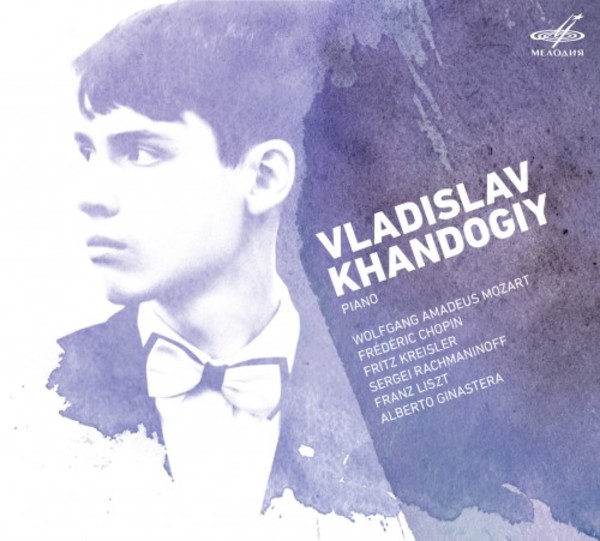 Melodiya presents a new name of the domestic piano school.

Vladislav Khandogiy, a pianist from Belarus, recently turned 15. However, the young musician has already proved his worth as a winner of international contests, the latest of which is his honorary diploma of the First International Competition for Young Pianists Grand Piano Competition directed by Denis Matsuev (2016). The award allowed the musician to record a solo album on Melodiya.

He was distinguished for his playing that was mature beyond his years. He instantly amazed with his mastery, technical abilities and distinctive signature style, spoke the outstanding pianist about his younger colleague who he saw for the first time at the Second International Competition for Young Pianists in 2014, in Astana, where Vladislav received the first prize. He also has to his credit the Golden Nutcracker, the audience choice prize of the 2014 International Television Contest for Young Musicians and the first prize of the 2013 Sviridov Competition for Young Performers held in St Petersburg. Vladislav Khandogiy plays works by Mozart, Chopin, Liszt, Rachmaninov and Argentinian composer Alberto Ginastera. The selection showcases the young musicians broad performing range, bright artistry and exceptional virtuosity. The album was recorded in 2016.