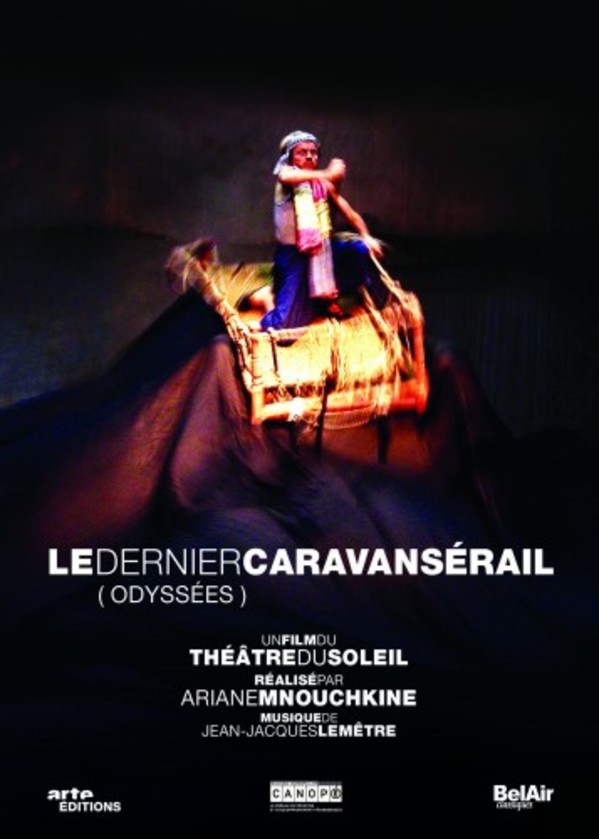 Le Dernier Caravanserail (Odyssées) is a series of stories, scraps of destinies, bits of the lives of men and women  of those 'refugees', 'illegals' and 'migrants' who term themselves, with greater dignity, 'travellers'. This is a veritable ocean of time-battered odysseys, sometimes heroic, sometimes commonplace, and always dramatic.

Initially a work for the theatre, first performed by the Théâtre du Soleil in 2003, Le Dernier Caravanserail (Odyssées) is now a film. A whole new artistic adventure using the cinema to bring even greater depth to the virtually inexhaustible original material, and intended above all to keep the promise made to those whose stories are being told: to give them a hearing.

"The material out of which Le Dernier Caravanserail was shaped is a mix of memories, of personal accounts gathered during an investigation  a quest  I carried out among Afghan, Kurdish and Iranian travellers I met during their spells in European, Indonesian and New Zealand detention centres  Sangatte, Dover, Lombok  and such Australian prisons as Villawood.

"The play is in two parts: the first, The Cruel River, recounts the departures, the exoduses, while the second, Origins and Destinies, reveals the reasons behind those departures and exoduses.

"Some of the fugitives travel roads crisscrossing an Asia that might be described as intermediate ground. The frontiers they have to negotiate are sometimes natural  rivers, mountains, lakes, seas  and sometimes not: enormous political gashes left by heedless Western swords and cannon on ancient empires. The boldest and luckiest of the travellers ultimately reach prosperous Europe. Alive. Others have chosen the opposite end of the world. After crossing India and South-East Asia, from Indonesia they set out to traverse the Timor Sea, their sights on the jealously guarded shores of Australia. With the aid of moving platforms pushed by the actors themselves, each segment comes with its own set and characters. Each moves towards us like a piece of the world and their successive appearances fill the stage, transforming it into a planisphere. 'All the world's a stage', just as the Bard ordered!"
 Ariane Mnouchkine, Director