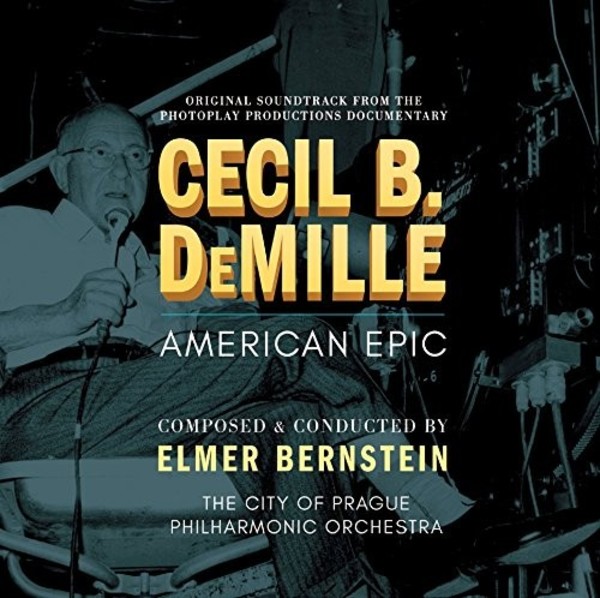 A special collectors limited edition of 1000 featuring the last score (Cecil B. DeMille: American Epic) by another legendary American epic, Elmer Bernstein  composer of The Ten Commandments, The Magnificent Seven, To Kill A Mockingbird, The Man With The Golden Arm, Walk On The Wild Side, The Great Escape, Airplane! and Ghostbusters.
Cecil B. DeMille: American Epic was a feature documentary about the life and career of one of Hollywoods great showmen, Cecil B. DeMille, director and producer of 88 films, including The Ten Commandments, The King Of Kings, The Godless Girl, The Buccaneer, Samson And Delilah and The Plainsman.
Kenneth Branagh narrated the documentary, which featured interviews with, among others, Martin Scorsese, Charlton Heston, Angela Lansbury, Steven Spielberg and Elmer Bernstein.
This was the last full score composed by Elmer Bernstein in 2003 before his untimely death the following year.
Recorded and performed by the acclaimed and award-winning City of Prague Philharmonic Orchestra.
Featured bonus: Concert Suite from The Ten Commandments