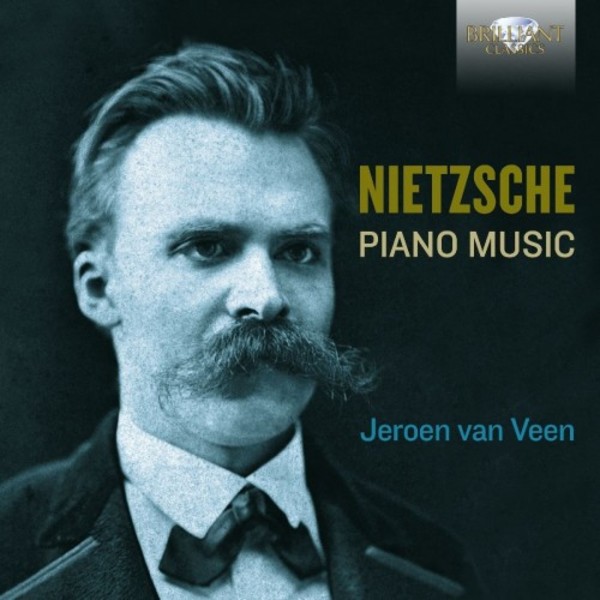 Like countless other well-educated German lads, Friedrich Nietzsche took up the piano as a child, and immersed himself in the world of Beethoven and Schumann. But unlike most of them, he pursued music with a single-minded devotion which would later distinguish his philosophical writings. During his teenage years he composed fugues, sonatas and fantasies, as well as more ambitious works such as a Mass, a Miserere, even a Christmas Oratorio: a sublime irony coming from one whose most infamous pronouncement would be that God is dead. We have killed him.
University studies in Basel put paid both to his Christianity, but when he returned to composition he wrote songs which are now the best-known part of his own music, and have received several recordings. Having composed the Hymn to Friendship in 1874, at the ripe age of 24, he gave up writing music for several years but returned to it later in life, and he could still play Beethoven sonatas by heart once afflicted by the ravages of syphilis.
Even the editor of his music considered that as a composer, Nietzsche was amateurish and lacked originality, in thrall as he was to the German masters of the first half of the 19th century. However, the piano miniatures recorded here present a fascinating window into the creative mind of a still-lofty figure in Western thought. For Nietzsche, music first and foremost was a way to express thoughts and feelings that could not be conveyed in words.
Composing was also a means of experimentation, as showed by Das Fragment an sich, a miniature in music, to be repeated a non-stipulated amount of times. But even in this pre-Minimal piece, Nietzsche seems to focus mostly on the emotions, suggesting the repetitions should be performed con maliconia, with melancholy. With his vast experience performing and recording (for Brilliant Classics) the Minimalist compositions of our time, Jeroen van Veen is the ideal pianist to undertake such music.