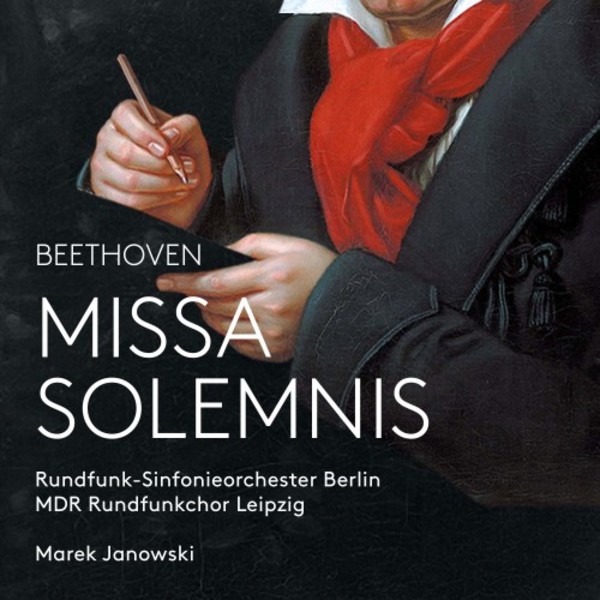 The conductor Marek Janowski and the Rundfunk-Sinfonieorchester Berlin continue their critically acclaimed collaboration with Pentatone in a magnificent reading of Beethovens monumental Missa solemnis, recorded live at the Berlin Philharmonie in September 2016 in partnership with Deutschlandradio Kultur.

Considered by many to be his finest work, with the Missa solemnis Beethoven updated the choral traditions of Handel and Bach with his own ineffable style to create a startlingly original and dramatic large scale work. By turns intimate and deeply moving, its also one of his most forward-looking works. With consummate skill, Beethoven marshals the disparate elements of liturgical, secular and operatic expression in a wholly original and compelling way. From the jubilant Gloria with its ecstatic outbursts, to the radiant Benedictus with its soaring, ethereal solo violin, its a riveting experience. And Beethoven constantly surprises throughout, especially in the closing Agnus Dei where the serenity is shattered by a terrifying militaristic outburst, eventually subsiding for a radiant conclusion.

Marek Janowski is no stranger to the Pentatone catalogue; his recordings with the Rundfunk-Sinfonieorchester Berlin of the ten mature operas of Wagner were universally praised for setting new musical standards. The BBC Music Magazine described the Tannhäuser release as the best recording since that made in Bayreuth in 1962. Also recorded in the superb acoustics of Berliner Philharmonie, the Parsifal release was praised by the critic Michael Tanner who wrote that the sound was so realistic as to be almost alarming.