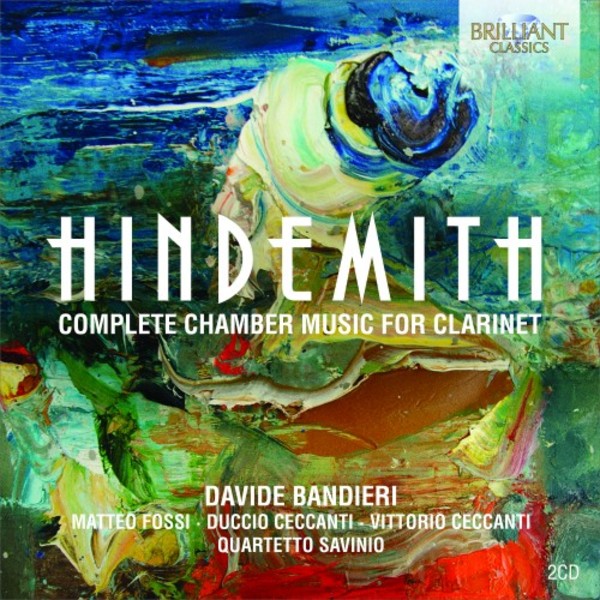 For this release, clarinettist Davide Bandieri is joined by a superlative group of musicians, all determined to shine a light on some of Hindemiths most sensitively scored chamber music. As a keen amateur clarinettist himself, Hindemith composed for the instrument throughout his life. This repertoire therefore takes us on a journey right from his early works in the 1920s  when the composer was influenced by the ailing conservative composer Arnold Mendelssohn  to the mid 1950s, when his music had been strongly shaped by Schoenbergs ideas about tonality. Characteristically for Hindemith, much of his clarinet repertoire is Hausmusik  written for a domestic setting rather than public performance. A sense of intimacy can therefore be heard alongside the composers typical wit. The Musikalisches Blumengärtlein is one of Hindemiths many parody pieces, with tongue‐in‐cheek comic effects in its unusual instrumentation and original movement names like the punning Canon (for shooting).
Throughout his life, Hindemith was determined not to let his music become part of the routine of professional musicians. He was careful to keep his compositions light, and to compose for all sorts of instruments and genres, leaving us with a fascinating legacy. The musicians on this album are all experienced interpreters of chamber music; several, including Davide Bandieri, have long played with the prestigious Lausanne Chamber Orchestra. The Quartetto Savinio, who join Bandieri for the Quintet Op.30, have been described as the one worthy heir to the Quartetto Italiano (LUnità).