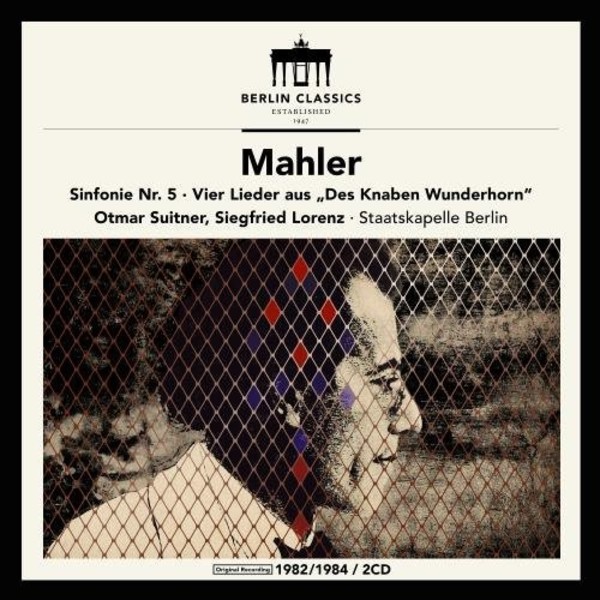 Memories are still vivid in the minds of contemporaries when asked about recordings that were made over thirty years ago. Such recordings must have made a lasting impression on those involved, including Lothar Friedrich (longstanding violinist of the Berlin Staatskapelle).

This 1986 double LP release by the East German label Eterna, featuring works by Gustav Mahler, is certainly no exception. The main work, the Fifth Symphony, once a groundbreaking success for the composer, is joined by songs from the anthology Des Knaben Wunderhorn (The Boys Magic Horn).

The interpreters: baritone Siegfried Lorenz, the Staatskapelle Berlin and Otmar Suitner. Suitner, the conductor who died in Berlin in 2010, was Austrian, a fact that may be key to understanding why this record was ever made at all. Suitner was general music director of the Berlin State Opera on Unter den Linden from 1974 until 1991 and thus directed the Berlin Staatskapelle at the same time. He was very relaxed, not over-focussed  a fantastic conductor, always at ease and enthusiastic. These songs needed an orchestra that produces pure expression, said singer Siegfried Lorenz about the recording of the Wunderhorn lieder with Otmar Suitner. The longtime violinist of the Berlin Staatskapelle, Lothar Friedrich, adds regarding the Fifth Symphony: When I listen to the recording now, I feel vindicated. Suitner struck an excellent balance between his emotional side on the one hand and his intellectual approach on the other. An Austrian conducted Mahler in the GDR. An uncommon combination at the highest artistic level.