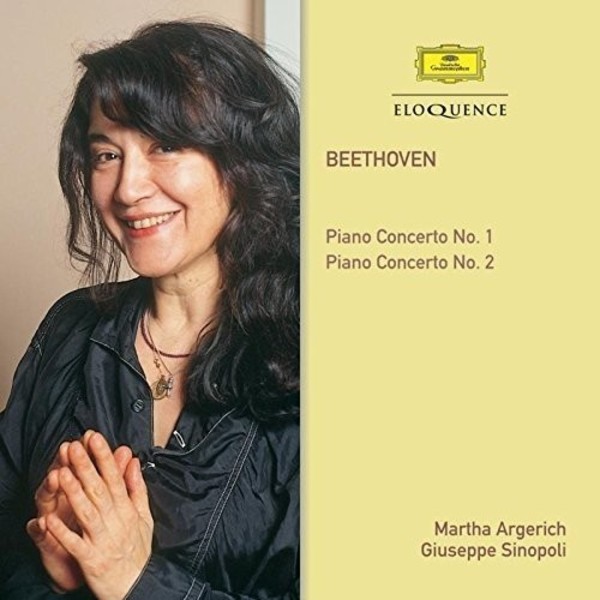 This one-off partnership on record between the mercurial Argentinean pianist and scholarly Italian conductor may have looked unlikely on paper, but it struck sparks in early Beethoven, as the critical response at the time recognised.

Martha Argerich is, as Gramophones reviewer acknowledged in September 1986, a brilliant technician, but there is also a fantastic streak in her make-up, a capacity for creative fantasy, which is needed if areas of these remarkable works are to be brought fully and vividly to life. In both these early concertos, her touch is light and expert.

The pianist herself makes much the same point in a Swiss TV documentary, where she expresses bafflement that critics lavish such praise over her technique: she sees it as a means to an end. In this she would have won the hearty approval of the composer. Such accounts as we have of his teaching, from Carl Czerny and Ferdinand Ries among others, continually stress that Beethovens work with students at the bench focused on the care they took to turn and shape a phrase, to emphasize or attack here, to shade there. The mechanics of technique he expected the students to look after for themselves.

Argerich went on to re-record the Second with another Italian conductor, Claudio Abbado, in 2003, but the rhythmic discipline of the early reading has worn well over the years, with its robust and passionate slow movement (Jed Distler in Classics Today).

The conjunction of Martha Argerich and Giuseppe Sinopoli in Beethoven produces performances which give off electric sparks, daring and volatile. Argerichs contribution in phrase after phrase brings highly individual pointing  Very distinctive and stimulating performances. - Penguin Guide to Compact Discs, 1996

Martha Argerich, piano. What is there to say? These accounts of Beethovens first two concertos remain very highly regarded and for good reason. They are exciting as hell. - Classics Today, 2012