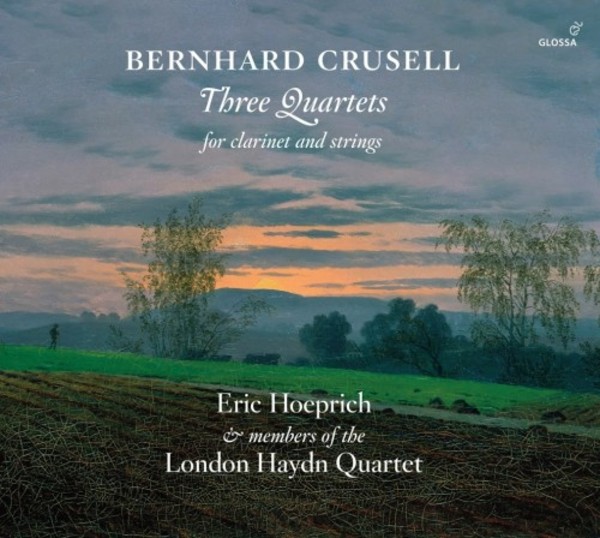 Thanks to his exceptional talent as a clarinettist, the Finnish-born composer Bernard Henrik Crusell very quickly made the journey from his home village, Uusikaupunki, to the metropolis of Stockholm, where he spent the rest of his life, mainly as a member of the orchestra of the Swedish Royal Court. His travels brought him to Berlin, Dresden, Leipzig and Paris, cities in which he made the acquaintance of many great musicians and instrument builders. His works for the clarinet (including three concertos) were widely known in musical circles in the early 19th century.

Eric Hoeprich, principal clarinet in the Orchestra of the Eighteenth Century since its foundation, and being the owner of a large collection of 18th- and 19th-century instruments, has specialised in performing on the historical clarinet. On Glossa he has issued nearly a dozen recordings, including the Mozart Clarinet Concerto directed by Frans Brüggen. His regular collaboration with the London Haydn Quartet for many years now, includes a benchmark version of the Mozart and Brahms Quintets (Glossa, 2004).

On this new recording of the Crusell Quartets, Hoeprich and the London Haydn Quartet play on fine historical instruments, which provide a warm, blended sound that is at the same time both transparent and full of detail. All were excellently captured by Philip Hobbs in St Martins Church in East Woodhay, England, and supplemented by an informative essay authored by Hoeprich himself.