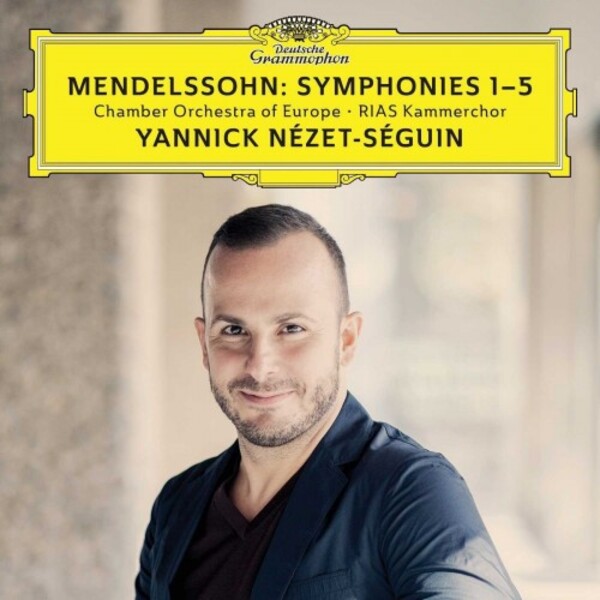 2017 marks the 500th anniversary of the European Reformation, started by Martin Luther in 1517. To honour this occasion, Deutsche Grammophon is releasing a new interpretation of the complete Mendelssohn symphonies, crowned by a recording of the Reformation Symphony No.5.

The symphonies were recorded in February 2016 during a celebrated Mendelssohn festival over the course of two days at the Philharmonie de Paris - all under the baton of young, exciting conductor, Yannick Nézet-Séguin, the Music Director of the Philadelphia Orchestra and Music Director Designate of the Metropolitan Opera New York.

This release is the first complete symphonic cycle to be recorded at the new Philharmonie de Paris, which opened in January 2015.

For this recording, Christopher Hogwood's editions of the symphonies were chosen because of their particular importance for the Reformation Symphony: Mendelssohn, the often self-critical (and self-revising!) composer, who "in the process of trying to reduce the work to a length suitable for its celebratory function, cut out one entire movement preceding the Finale, a passage that expands on the flute cadenza and prepares the arrival of the chorale theme with more engaging musical drama" (Christopher Hogwood). The original version of the work may now be listened to in its entirety!

This release underlines a strong ongoing collaboration with the Chamber Orchestra of Europe that already culminated in a successful release of the complete Schumann symphonies (March 2014) and the continuing Mozart Opera Cycle. Two instalments of the latter have been nominated for a Grammy: Le nozze di Figaro and Die Entführung aus dem Serail.

... for anyone wanting a complete set of the symphonies in the lean, lithe modern mould  my kind of Mendelssohn  Nézet-Séguins imaginative, fabulously executed performances guarantee abiding pleasure.  Richard Wigmore (Recording of the Month)
Gramophone September 2017