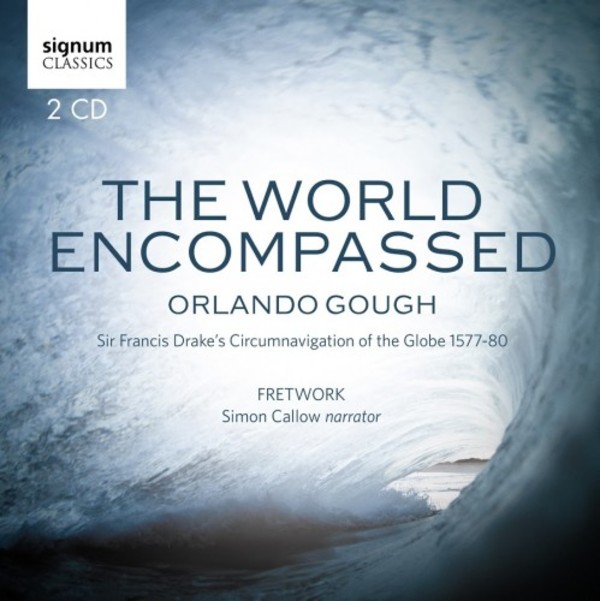 During his journey to circumnavigate the globe Sir Francis Drake took four viol players with him, who played both for his devotions and to the native peoples around the world that they encountered.

Fretwork, shortlisted for an RPS Award 2016 and in their 30th anniversary year, have commissioned British composer Orlando Gough to recreate this remarkable journey in sound, in a work for viol consort that combines music from 16th-century England with the sounds that these musicians would have heard and perhaps tried to recreate on their journey: from the rebab and the gamelan, to the mesmerising chanting of the Native Americans. The result is a musical narrative of one of the most significant achievements of the English Golden Age and an evocation of the earliest musical encounters between east and west.

This premiere recording is interspersed with narration from 'The World Encompassed', one of the first literary accounts of the journey, read by Simon Callow.