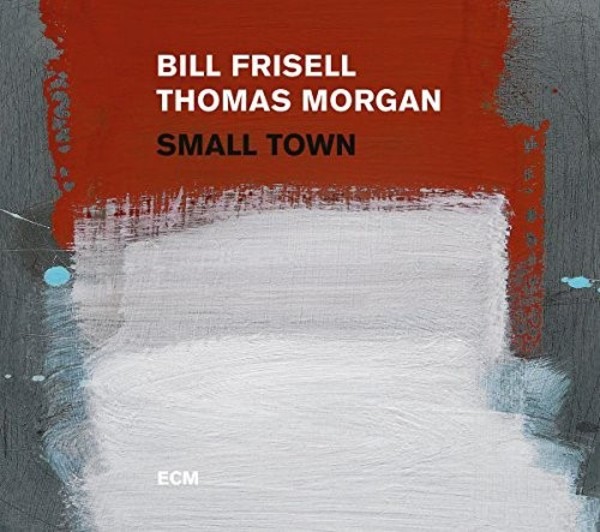 Small Town presents guitarist Bill Frisell and bassist Thomas Morgan in a programme of duets, the poetic chemistry of their playing captured live at New York's hallowed Village Vanguard. The album is released on both CD and 180g vinyl (with a free download code).
Frisell made his debut as a leader for ECM in 1983 with the similarly intimate In Line. The guitarist's rich history with the label also includes multiple recordings by his iconic cooperative trio with Paul Motian and Joe Lovano, culminating in Time and Time Again in 2007. Small Town begins with a tribute to Motian in the form of a searching, 11-minute interpretation of the late drummer's composition "It Should've Happened a Long Time Ago", the duo's counterpoint yielding a hushed power. Morgan has appeared on several ECM albums of late, as bassist of choice for Tomasz Stanko, Jakob Bro, David Virelles, Giovanni Guidi and Masabumi Kikuchi.
Small Town sees Frisell and Morgan pay homage to jazz elder Lee Konitz with his "Subconscious Lee", and there are several country/blues-accented Frisell originals, including the hauntingly melodic title track. The duo caps the set with an inimitable treatment of John Barry's famous James Bond theme "Goldfinger".
Tracks:
1. It Should Have Happened A Long Time Ago
2. Subconscious Lee
3. Song For Andrew No.1
4. Wildwood Flower
5. Small Town
6. What A Party
7. Poet - Pearl
8. Goldfinger