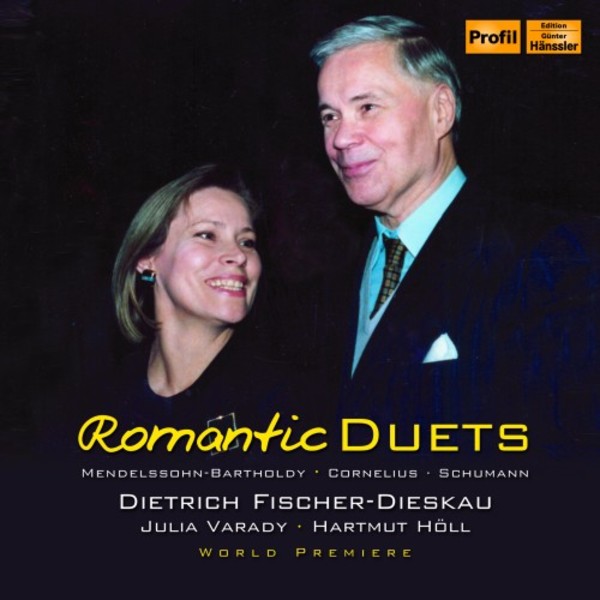 Is it too much to announce yet another CD world premiere for a singer with such a vast discography as Dietrich Fischer-Dieskau (1925-2012)? No, it truly is not. That is because the undoubtedly most important singer  alongside Maria Callas and Enrico Caruso  of the twentieth century (according to Die Welt newspaper) had originally forbidden a release of this live recording. The most likely reason is that this recording made on 26 February 1989 in the Deutsche Oper in Düsseldorf and featuring his fourth wife, soprano Julia Varady (born in 1941) included songs that the baritone, who was to retire from active performance in 1992, planned to record in the studio. There is therefore no artistic reason why this splendid Lieder matinée performance to mark the tenth anniversary of the Robert Schumann Society should remain unheard.

These are Fischer-Dieskau/Varady gems which we can now enjoy, long after they were performed. Even when it comes to the repertoire there are works that have rarely been encountered: 'Romantic Duets' features an insightful and interesting selection of solo Lieder works by Romantic-era composers.