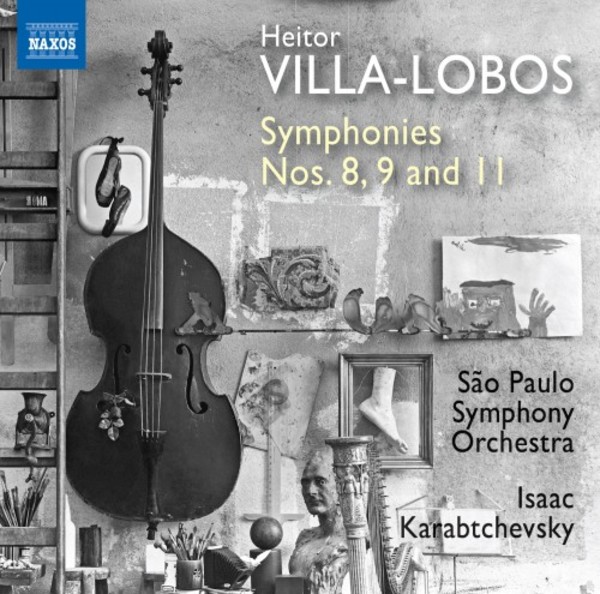 By the 1940s Heitor Villa-Lobos was widely recognised as Latin Americas greatest composer. Working in the United States gave him new perspectives, and his later symphonies move away from the folk influences and exotic effects of works written in the 1920s and 30s, such as the Bachianas Brasileiras, towards more concise, sometimes neo-classical, models. The Eighth and Ninth share a transparent lightness of touch while the Eleventh, described as a work of immediate charm, is the perfect introduction to the later work of Villa-Lobos.

This is the fifth volume in our complete edition of Villa-Lobos symphonies with the São Paulo Symphony Orchestra conducted by Isaac Karabtchevsky, and therefore already has the advantage of having a series of distinguished predecessors. Volume 1 (8573043) was already seen as being superior to its main competitor on the CPO label by Gramophone: Karabtchevsky makes Villa-Loboss zig-zagging, lopsided melodic line sound as boldly and brashly sculpted as Mount Rushmore what merely sounds ungainly and idiomatically clumsy in St Clairs hands becomes musically engaged here.

Volume 4 appeared in April 2015 and was given 5 stars by Pizzicato: This is one spectacular and fascinating CD. Villa-Loboss music, deeply rooted in the Brazilian tradition, is so full of imagination that one is stunned by the succession of musical ideas. Conducted by Isaac Karabtchevsky, the São Paulo Symphony Orchestra gives us an idiomatic and thrilling reading of the three works.

This recording is the result of an intense process of revision and correction of the scores carried out by the performers concerned, together with OSESPs editorial team. The project was launched in 2011 by the orchestras publishing branch (Criadores do Brasil) under the general guidance of Maestro Karabtchevsky.