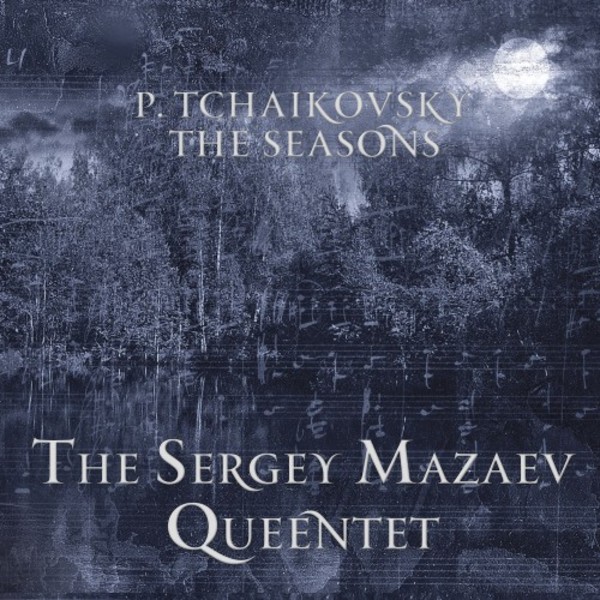 Melodiya presents a debut album of the QUEENtet of Sergey Mazaev.

This is a modern interpretation of The Seasons, the famous set of twelve short character pieces for solo piano by Pyotr Ilyich Tchaikovsky, Op.37. On this album, the pieces are performed by Sergey Mazaev on clarinet, surrounded by string quintet. The QUEENtet has performed selections from this set of pieces several times during its concerts, having garnered positive reviews not only from listeners, but also from reputable music critics. The Seasons was published in 1876, and Nikolay Matveyevich Bernard, the editor of the Nouvellist, played a major role in its publication, being the one who commissioned Tchaikovsky to write a set of short pieces for piano and initiated adding epigraphs for each piece. All titles in The Seasons were propelled by Bernard, with two additions made by Tchaikovsky: the 'Christmastide' got the subtitle 'Tempo di Valse', and the 'Harvest Time' got the subtitle 'Scherzo'. Later editions by Peter Jurgenson omit Tchaikovskys subtitles. The Tchaikovsky oeuvre belongs to our great shared heritage and his Seasons are performed in many countries, in different arangements. The only thing that is the same, is the wondrous harmony of the set that inspires so many listeners. Mastered by Miles Showell at Abbey Road Studios, London.

Recorded and mixed by Alexander Volkov at Studio 1 of the State Radio Broadcasting and Sound Recording Facility in Moscow, 2015