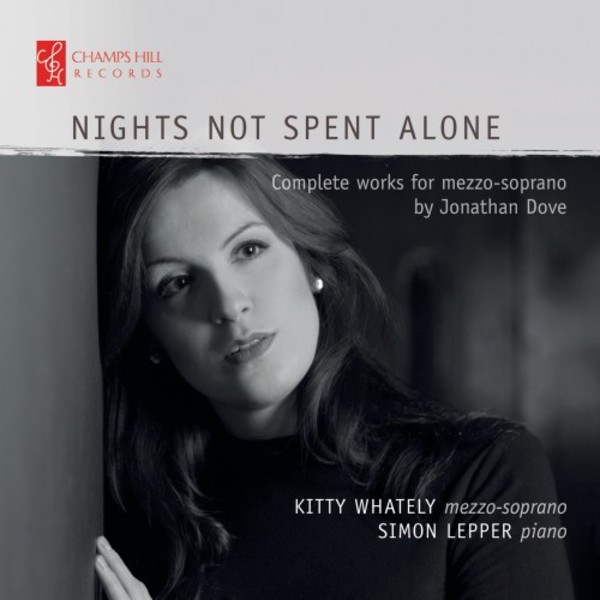 In a co-production between Champs Hill Records and the BBC, Kitty Whately returns to the Music Room at Champs Hill to record her second disc with the label, accompanied by distinguished pianist Simon Lepper.

Nights Not Spent Alone presents the complete works for mezzo-soprano by Jonathan Dove. It includes a song cycle of the same name dedicated to Whately - and of which she performed the world premiere at the Cheltenham Music Festival in 2015 - as well as other song cycles and the unaccompanied My Love Is Mine. Kitty was also in the very well received revival of Doves opera Flight at Holland Park in June 2015.

Kitty Whately says of the disc: A lot of these songs have never been recorded before, and arent performed nearly as much as they should be. They are so full of charm, wit and very immediate poignancy. I really hope that this album will introduce these songs to many who dont already know them, and encourage more singers to perform them.

Kitty Whately trained at Chethams School of Music, the Guildhall School of Music and Drama and the Royal College of Music International Opera School. She won both the Kathleen Ferrier Award and the 59th Royal Overseas League Award in 2011, and was a BBC New Generation Artists from 2013-15, during which time she recorded her debut solo album This Other Eden for Champs Hill Records.

Simon Lepper read music at Kings College, Cambridge. He is a professor of piano accompaniment and a vocal repertoire coach at the Royal College of Music, London, where he also co-ordinates the piano accompaniment course. He is an official accompanist for BBC Cardiff Singer of the World competition.