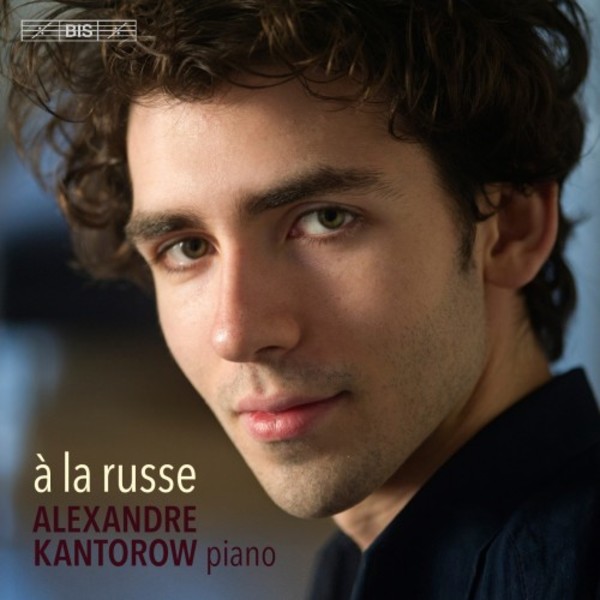 Alexandre Kantorow released his first disc for BIS in 2015, performing Liszts piano concertos to critical acclaim: Im here to tell you that Alexandre Kantorow is Liszt reincarnated wrote one impressed reviewer, in Fanfare Magazine. Not yet 20 years old, the French pianist and son of violinist and conductor Jean-Jacques Kantorow now explores his Russian roots, in a recital that opens with Rachmaninovs weighty First Piano Sonata, inspired by Goethes play Faust, and its three main characters, the scholar Faust, his beloved Gretchen and Mephistopheles, the Devils emissary.
The nostalgic intimacy of Méditation and Passé lointain, from Tchaikovskys Op.72 collection, offers respite from the drama, but tension returns with Guido Agostis virtuosic piano arrangement of three extracts from Stravinskys Firebird. Kantorow closes his Russian recital with Mily Balakirevs oriental fantasy Islamey, one of the most iconic works of piano literature. Fiendishly difficult, the piece famously inspired Ravel to write something that would be even harder to play (his Gaspard de la nuit). A committed Russian nationalist, Balakirev himself found the inspiration for Islamey during a journey to the Caucasus when he was introduced to the local music tradition.
Everything here is dramatic and intellectually probing - The Sunday Times, 16 August 2015
... Kantorow does not hold back with thrilling bravura... - Gramophone, September 2015