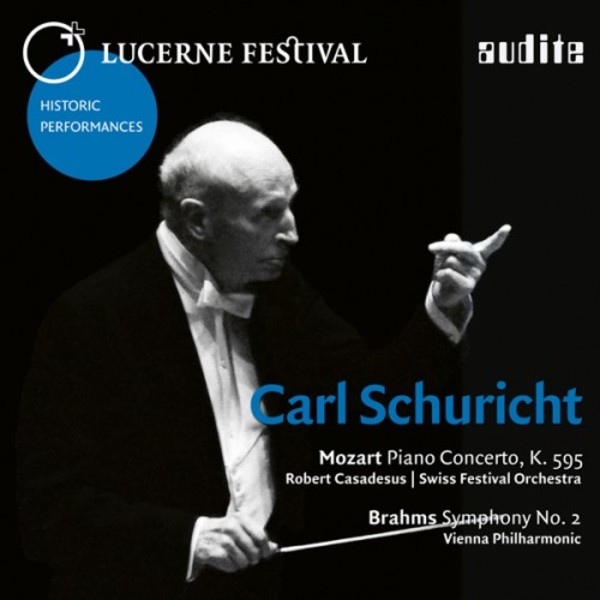 8 January 2017 marked the 50th anniversary of the death of Carl Schuricht. This release of two live recordings made in 1961 and 1962 pays tribute to a renowned conductor who was only to enjoy great international fame in his old age  as one of the last representatives of the generation of old German conductors, and as a master of the classical and romantic repertoire.

Absolute faithfulness to the musical text and youthful vigour right up to old age: Carl Schuricht (1880-1967), one of the last representatives of the generation of old German conductors during the post-war decades, focused on clear structures rather than romantic pathos or personal eccentricity. These two Lucerne live recordings demonstrate the compelling persuasiveness of his inspired objectivity, especially when performing alongside the celebrated Mozart interpreter Robert Casadesus, whose choice of tempi is particularly striking.

In cooperation with Audite, the Lucerne Festival presents the Historic Performances series featuring outstanding concert recordings of artists who have shaped the festival throughout its history. The aim of this CD edition is to rediscover treasures  most of which have not been released previously  from the first six decades of the festival, which was founded in 1938 with a special gala concert conducted by Arturo Toscanini. These recordings have been made available by the archives of SRF Swiss Radio and Television, which has broadcast the Lucerne concerts from the outset. Painstakingly re-mastered and supplemented with photos and materials from the Lucerne Festival archive, they represent a sonic history of the festival.