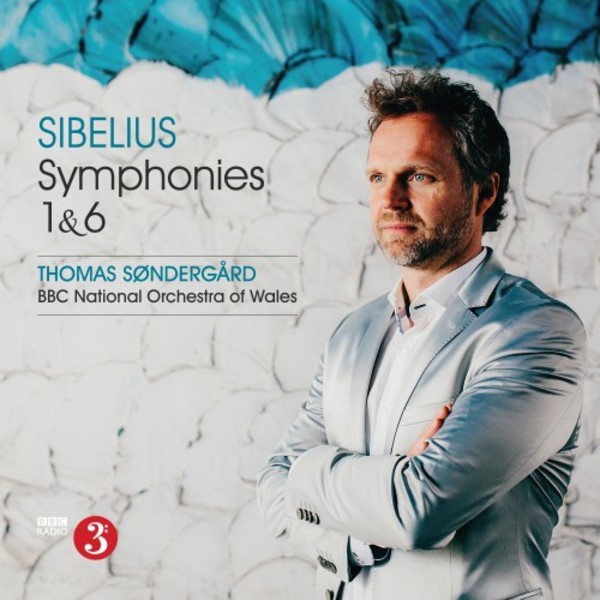 This eagerly awaited recording is the second in Thomas Søndergårds Sibelius series with the BBC National Orchestra of Wales. Their recording debut, Symphonies 2 & 7, revealed Søndergård to have a profound understanding of the great Finnish composer.

Sibelius has been a major feature of Søndergårds relationship with the BBC NOW since their debut eight years ago; their widely acclaimed Proms performance of the symphonies was a highlight.

Symphony No.1 combines the best of Russian romantic orchestration and melodic magic with a distinctive Nordic character and wonderful contrasts of texture and colour. In the Sixth, Søndergårds detailed reading highlights the many felicitous touches in Sibeliuss writing and conjures heavenly tones from the strings in the closing bars.

Danish conductor Thomas Søndergård is Principal Conductor of BBC NOW and Principal Guest Conductor of Royal Scottish National Orchestra; a rare honour to hold titled positions with two major British orchestras. In recent years he has made successful debuts with the Gothenburg, Atlanta, Brussels, Oslo and Luxembourg Philharmonic and the Seattle and Houston and Symphony Orchestras.

The BBC NOW presents an annual season at St Davids Hall, Cardiff, where it is Orchestra-in-Residence, as well as concerts in venues across Wales; including annual performances at the BBC Proms and biannually at BBC Cardiff Singer of the World.

[The] Danish conductor confirms his ability to dig deep into Sibelius with a passionate pairing of the First and Sixth symphonies. - The Guardian

atmospheric ... I am pleased to take this voyage of discovery with Søndergård
Gramophone June 2017