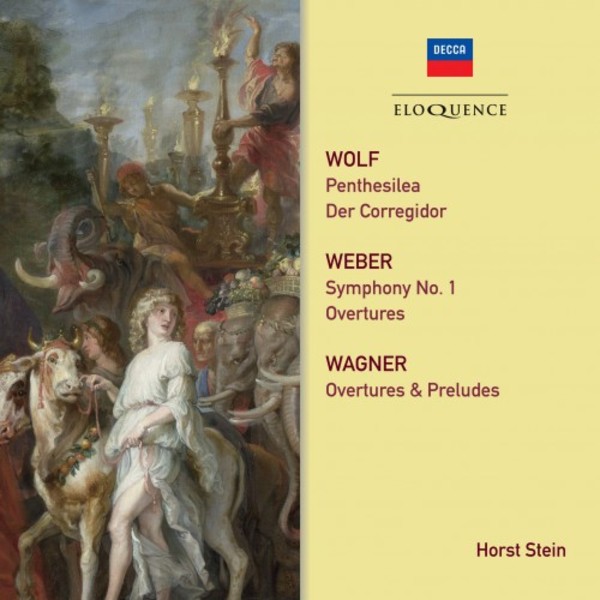 During the golden age of LP, Horst Stein was among a select band of central-European conductors (Václav Neumann and Otmar Suitner another two notable examples) revered by Japanese orchestras and audiences, perhaps more than their Western counterparts.

They had an uncomplicated mastery of the repertoire that shunned interpretative eccentricity and plugged listeners in to a strong current of cultivated orchestral sonority which seemed to grow from and continue a Kapellmeister lineage that built the great orchestras of the world in the first place.

As chief conductor of the Orchestre de la Suisse Romande, Stein made recordings of Sibelius that have been prized since their first issue, and have been collected together on another Eloquence release (ELQ4823922). The present release returns to Steins heartland of German Romanticism. Indeed the progression from Weber to Wagner to Wolf traces the eventful development of the Romantic movement in music over 80 years, from the daring, post-Schubertian harmonies of Webers Symphony (no less touched by lyric genius than his music for the stage) to the tumultuous and multi-climactic tone-poem that is Wolfs Penthesilea, which tells the story of an Amazon queens gruesome revenge for thwarted passion.

Especially for the superb playing Stein gets from the VPO  this is much to be recommended. - Gramophone, July 1974 (Wagner)

Steins gifts as a Wagner conductor have enabled him to see the richness and depth already glimpsed [] in the remarkable Andante. - Gramophone, September 1978 (Weber - Symphony)