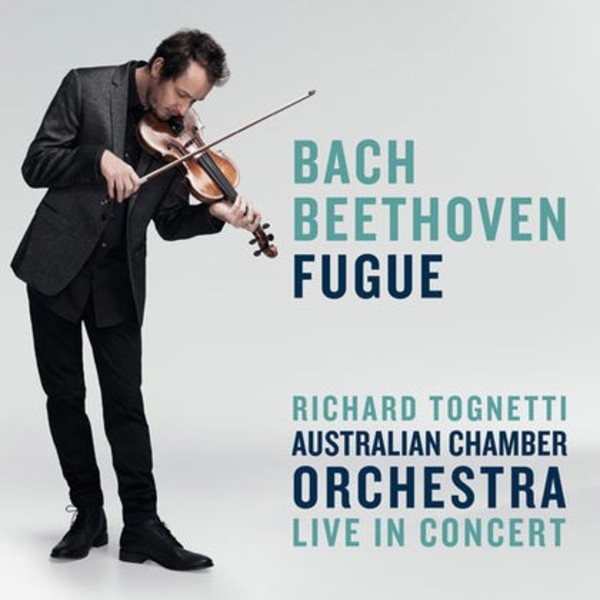 Hot on the heels of their ARIA-nominated recording of Mozart's Last Symphonies, the Australian Chamber Orchestra and Richard Tognetti showcase two works of genius by Beethoven and Bach. Recorded live in concert, these seminal works are given a new lease of life, opening up new soundworlds through the vitality and virtuosity for which the ACO has become globally renowned.

Both Bach and Beethoven wrote these pieces towards the end of their lives. Beethoven's Grosse Fuge was originally conceived as the final movement to his last string quartet; in it, the genre moves away from salon music into what Tognetti describes as "hyper-controlled cacophony, rousing responses ranging from rapture to despair". This was too much for Beethoven's contemporaries, and the quartet was soon given a more orthodox ending. In this album the Grosse Fuge is returned to its original place, and is presented in an arrangement for string orchestra by Tognetti which, in his words, is "careful not to exploit the greater dynamic capabilities at the expense of the innerlich heart of Beethoven's uniquely powerful music".

Bachs The Art of Fugue was left unfinished at his death, and is a work shrouded in mystery: it is unclear for what instrument it was originally written. A masterclass in the fugue  a form in which a single musical theme repeats and weaves around itself  the first four movements are presented here using strings, winds and even the voices of the orchestra to bring out the polyphonal parts which, in Bachs hands, speak as one.

Critical acclaim for the concerts at which this album was recorded include praise for the ACOs "uncanny blend of muscularity and airiness" (The Daily Telegraph) and "restless dynamism" (Sydney Morning Herald).

"This album covers the gamut of expressive musical possibilities  from extreme anguish and despair to heart-aching simplicity, from intellectual rigour and pure consonance to shattering dissonance. It is everything."  Richard Tognetti

Op 130 strikes home  and not as an arrangement but as music that counts. For so forward-thinking a musician, Richard Tognetti makes the surprisingly old-fashioned claim that the brutality of Beethovens music is more easily facilitated in a large concert hall with more troops. Some readers may already have their minds made up: there are no gains and only losses in amplifying late Beethoven. I urge them to listen to this.  Peter Quantrill
Gramophone August 2017