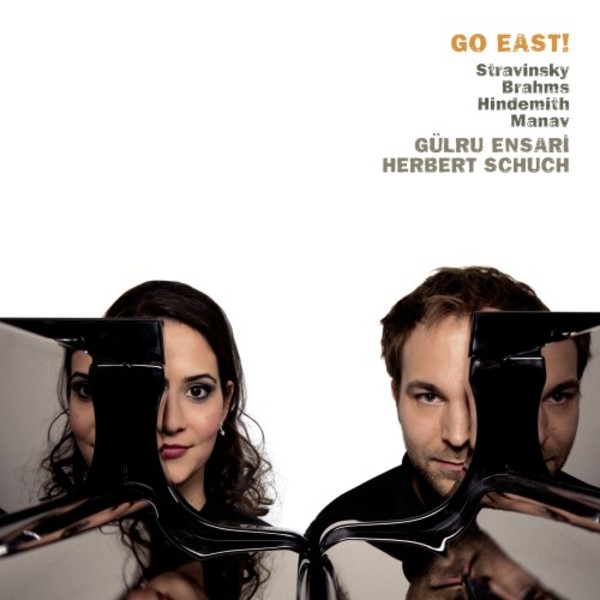 Everything began with Paul Hindemiths Waltzes, op.6. One morning, before practicing, Gülru Ensari and Herbert Schuch sight-read those eight miniatures for four hands, and were astounded to find that they featured a number of similarities with the Brahms Waltzes. Why not intermingle the two cycles? The Turkish-German duo  who are partners in real life, not just at the piano  decided to record the Brahms and Hindemith cycles for this CD release, along with two Turkish dances by Özkan Manav and the four-hand version of Igor Stravinskys Rite of Spring.

... And then it turned out that the Hungarian element often gave us the chance to create smooth transitions between one composer and the other. It ends up sounding incredibly natural to us. The two composers are directing their gaze toward the same horizon: to the East...

Where did you get the idea of commissioning Özkan Manav to compose a work for your duo?

Composing in Vienna and Frankfurt respectively, Brahms and Hindemith found their inspiration in Hungarian folk tunes. Özkan Manav arranged an Armenian folk dance; in Paris, Stravinsky revisited the folk music of his Russian homeland to write Sacre. To what extent do those gazes towards the East and the variety of musical cultures represented on your CD bear autobiographical traits?

Ensari: Each one of us emigrated from the East to Germany...

Schuch: Furthermore, Brahms was able to appropriate the Hungarian style until it became his own musical language, thereby revealing a more down-to-earth, uncomplicated side of his nature. Its truly moving to see how someone can adopt a foreign element that ends up enriching his own personality. ......... And we didnt choose the subject of dance by mere chance: we just love to dance.
 Excerpts from the booklet interview