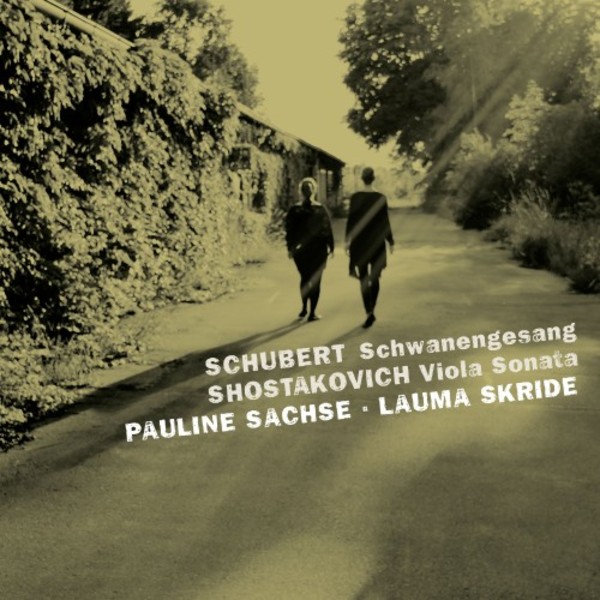 According to a Greek myth, the voices of swans have an otherworldly beauty, and their song is a foreboding of death. Such ethereal beauty emerges in moments which are to be treasured and preserved with care. The two works on this release stem from two outstanding composers who, at the end of their lives and in thoroughly different contexts, produced creations of lasting value. Schuberts life came to an end at age 31, barely eighteen months after the death of Beethoven, whom he secretly revered as a model. He learned of Beethovens death when he had just finished composing Winterreise, a cycle of chilling songs, as he described them. Schuberts friends later partially blamed the grim content of Winterreise for his early demise...

Shostakovich wrote his Sonata for viola and piano within an extremely brief period of time. On 25 June 1975, Fyodor Druzhinin  the violist of the Beethoven Quartet, who were the composers friends  received a telephone call from the Shostakovich, informing him that he was working on a viola sonata and wanted to clear up initial technical matters with him. Shostakovichs health had always been quite poor; by this time, after having suffered two heart attacks and a muscle disease, he was additionally weakened by years of fighting lung cancer.

Shostakovich finished his score on 5 July and passed away on 9 August. Fyodor Druzhinin and Mikhail Muntyan premiered the work only a few weeks later, on 25 September. The composer therefore never had the opportunity to hear what his work sounded like.

Shostakovichs political outlook and his ambiguous attitude vis-à-vis the political system of the USSR have been much discussed; his music, however, remains clear and honest. He exposed the grotesque masks and masquerades of human society. In his compositions he chronicled his day and age, a period characterized by hypocrisy, fear, treason, unimaginable human vileness and an excessive cultivation of image on the part of those in power. His music is thus now as urgently appropriate as it ever was.  from booklet notes by Pauline Sachse