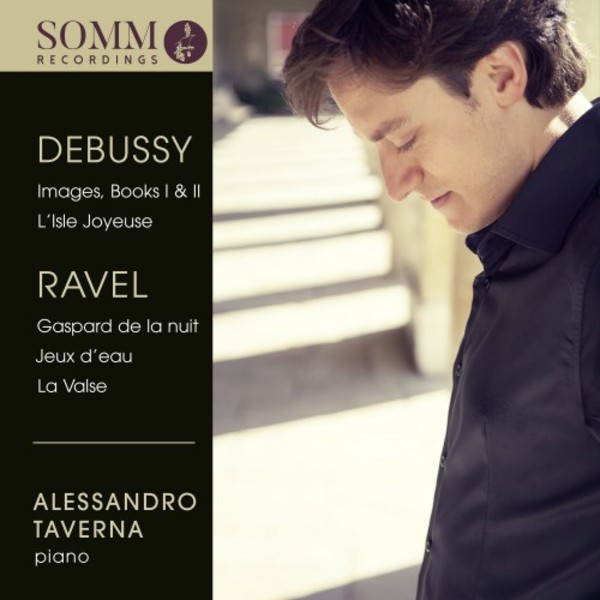 "There was controversy when Alessandro Taverna won bronze at the Leeds International Competition in 2005  many people thought he should have been awarded the gold. Since then, hes gone from strength to strength, as amply proved by this Medtner disc on SOMM, which features three of the composers 14 sonatas  the Reminiscenza, the Romantica and the Minacciosa. The Reminiscenza and Romantica are both exemplary in their dynamic, emotional and architectural control. The Minacciosa's climactic fugue is breathtaking."  The Guardian, February 2015

The Guardian's was one of many warm reviews received for Alessandro Taverna's debut disc on SOMM. His playing on this second disc attests to Taverna's close affinity to the music of Debussy and Ravel. He possesses a mesmerising palette of colours ranging from a seductive, ethereal touch in Ondine to ferocity and thrust in Scarbo  and what great brilliance and dynamism he brings to La Valse and L'Isle joyeuse!

For his artistic achievements and his international career, in 2012 he was awarded the Premio Presidente della Repubblica by Italian State President Giorgio Napolitano. A documentary on his life was shown on BBC4. He has also recorded for BBC Radio 3, Rai Radio 3, Slovenian National Radio and Television, RSI Swiss Radiotelevision.